Please note that this taxonomy is far from complete.

Here is a taxonomy of joseki, which means an organized list of the main joseki, grouped according to how the lines of play branch. 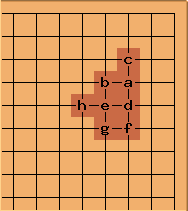 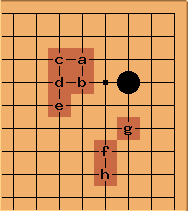 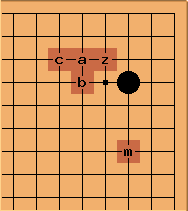 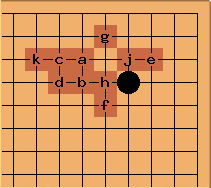 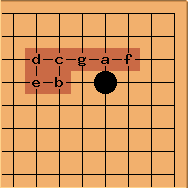 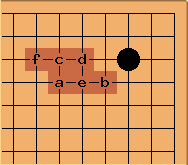 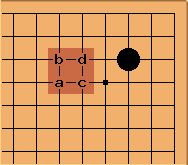 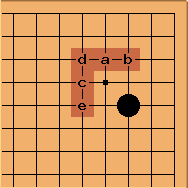 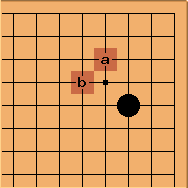 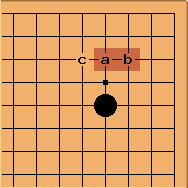 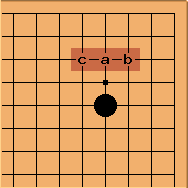 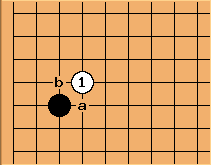 , diagonally approaching a stone on the third line, is know as a shoulder hit. Black has several options for dealing with this move, the most important of which are a and b. Playing elsewhere is generally a bad idea in this situation. 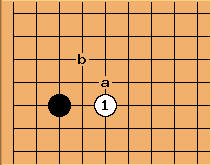 , approaching a stone on the third line from above, is know as a capping play. Common responses include a and b. Ignoring this move is less serious for black than ignoring a shoulder hit. 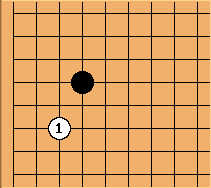 is common when dealing with a stone on the fourth line. 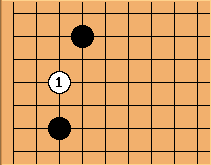 There are standard sequences on the side when invading a position, see Three Space Extension Invasions