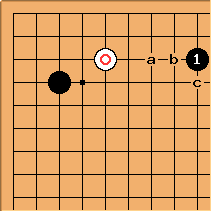 This pincer has a very distinguished history, from Dosaku onwards, and is still very much in use today.

wild guess - strong player please fix this: This pincer is typically used as a pseudo wedge? when black wants to prevent white from establishing a moyo on the top.

is useful because a more narrow pincer at a or b would be easier for white to counter pincer on the right, however,

in the low position (vs

, and easier for black to make a viable group on the top, but doesn't have the influence that a high pincer at c would.

A common application of the three-space low pincer is when Black also occupy the upper right corner, in which case

serves as a double purpose move of both an extension from the upper right as well as a pincer. Of course it is possible to play

closer at a, b, c, or d, but any closer pincer would be too far from the upper right corner stone to be called an extension. 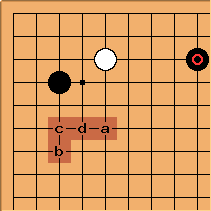 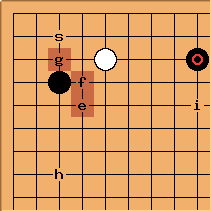 Other replies frequently seen are e to h, and i as part of an overall plan. White f tries to avoid the counter-atari line after White g, but can lead to complex variations when Black answers at g.

f is discussed in some detail in the first chapter of The World of Chinese Go by Guo Juan.

White's slide to s was fashionable for a while in the 1980s.

Pincer josekis are complex; the following diagrams only shows the most basic variations. 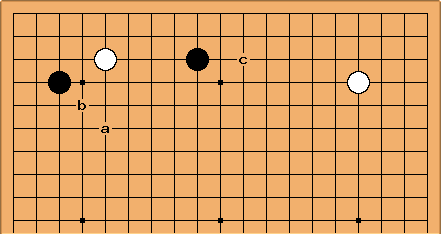 In this case, moves like a or b can be considered. Note for moves like this, White is inducing Black to make territory on the left, therefore the usual idea is to apply pressure on the pincer stone with a counter-pincer c to form a framework on the right. 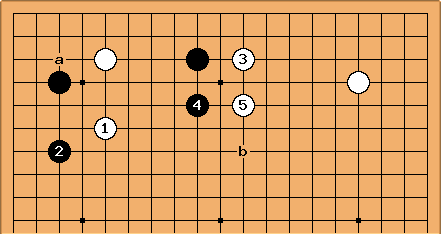 Next White settles with a or expands? the framework with b. 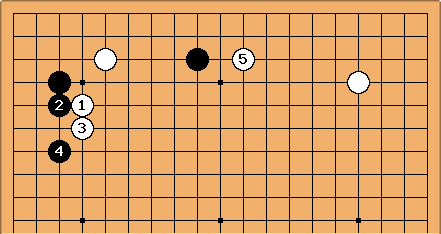 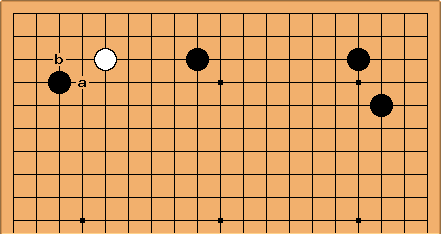 When Black has the upper right, White is not sure if white can get profit from attacking, so settling with a is common. White b has the same aim, but it's not recommended. 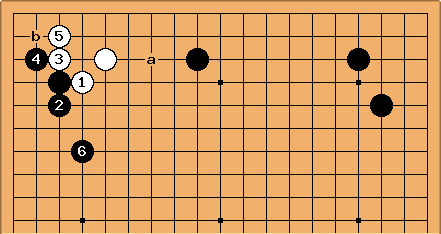 White has sente; the White group is safe because a and b are miai for life. 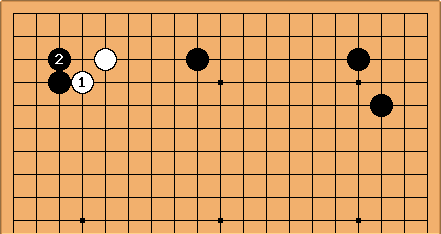 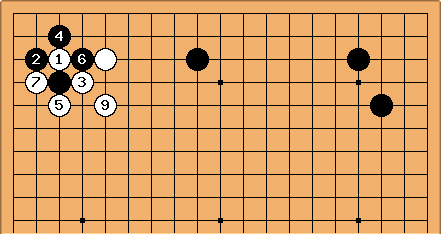 , then it goes back to the previous diagram. However, Black can atari from underneath, and this is probably not what White wants in this case.