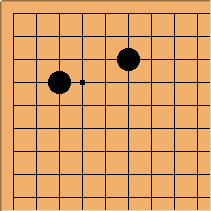 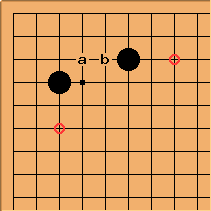 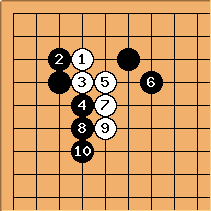 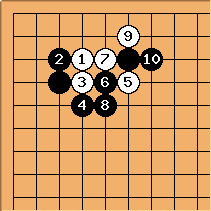 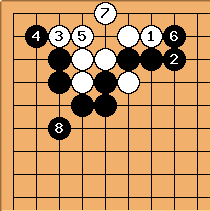 Leaning against the enclosure 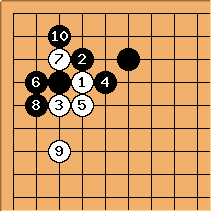 is a relatively modern move, induced by AI analysis, starting off a leaning sequence which gives Black a major corner, in exchange for influence. Usually this influence is oriented to white stones at the lower left, creating a framework.