BillSpight: In ancient games of a couple of hundred years ago, you would see this: 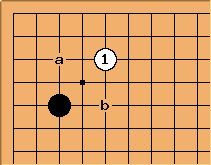 The usual response was

at a; but sometimes at b.

may be the best approach play in certain circumstances. See OngoingGame2. 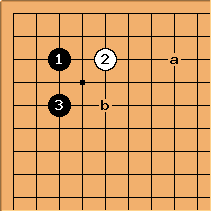 The 3-3 play is the obvious response to the distant approach. However, if Black as here starts in the corner with the 3-3 point, and White makes the low approach

looks a little slow. To me that suggests that the symmetrical 5-3 approach to 3-5 is an acceptable way. Nonetheless, it has fallen out of favor.

dnerra: On the other hand, White would usually not approach a 3-3 stone with a low approach 3-3 point low approach. In the diagram,

is too close to the very solid black position.

probably needs another move added now, probably a two-space extension at a. My impression is that Black has secured a little more territory than White with his two moves. (Everyone is welcome to disagree here!). So the conclusion would be that

is a special strategy dictated by surrounding positions.

/White a might be an ideal expansion from an enclosure in the lower left. Or (in a later stage of the game) White could have very a strong position in lower left, so that she is planning White b instead of White a as a reply to

DaveSigaty: I have had this played against me several times. Regardless of what the pros think, I believe that it is a viable approach at the amateur level that prevents Black from trying anything tricky.

Charles A pincer, of course, is unexpected. 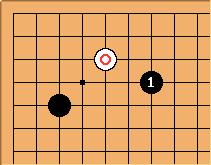 was played a couple of times by top players (Yamashita Keigo, O Meien) in 2000. 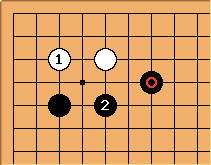 In both cases this happened.

How about the 'very distant low approach'? 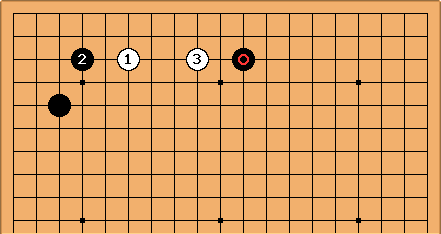 , this play is very rare. There are some classical examples of

played, effectively as a wedge, in the presence of 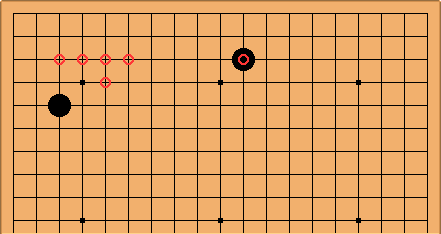 All of the marked plays are found in pro games. In modern go the plays closer to the corner seem to be preferred.