First Move in the Corner

I would like to present some analysis of the first moves played in the corners based on the games present on the GoGoD CD. I used Kombilo to perform a search for empty quadrangles across all the games included on the January 2002 version of the CD. Games that start with 4+ handicap stones on the board will not turn up any hits for the search pattern since there are no empty corners at the start of the game. 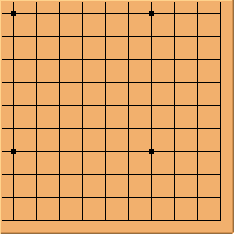 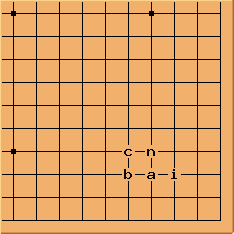 Kombilo returned 51,747 hits from 13,362 games (unfortunately there is a slight problem with the number of hits since there is some double counting involved at the edges, but that is as good as it gets for now :-)

(SAS: Do you have the corresponding figures for the 5-5 point? DaveSigaty: I skipped all other choices for this analysis since there are far fewer examples, 0.9% of the total or less than 500 altogether. In the case of the 5-5 point there are only about 25 cases - good for study but meaningless for trends I think.)

I have the following thoughts about these figures (all of them off the top of my head):