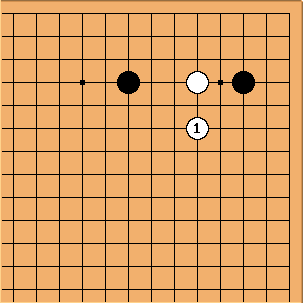 When White jumps out like this, Black will take territory on the right. White can hope to get something back with a counter-pincer. 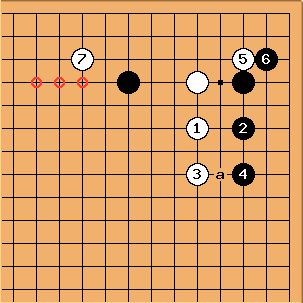 Up to 6 is now a joseki. White 3 is played because otherwise Black would have too good a point at a. The exchange 5/6 has a particular meaning - there is no reason for White instantly to defend 5. At this point White will make a counter-pincer such at 7 (or any of the marked spots). Which exactly is chosen depends on the upper left. If there is no white stone in the upper left, or if the counter-pincer is not a good idea for some other reason, White 1 is probably the wrong choice of joseki. 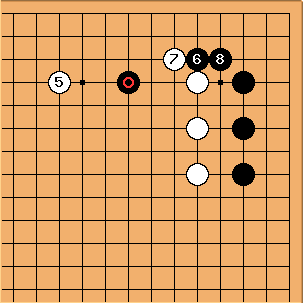 If White played immediately at 5, it could be very good for Black to take instant action with 6. The marked black stone then looks light, rather than heavy. That is why White usually does something about the corner, as in the previous diagram. 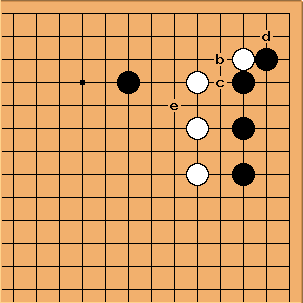 White's options here include c (in reply to a peep at e, probably), and d for sabaki, as well as the routine b. So White typically waits to see how to play here. 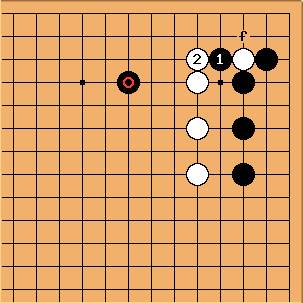 When White just leaves the 3-3 stone, Black may exchange 1 for 2. This however will weaken the marked black stone. There is also some aji of White f. 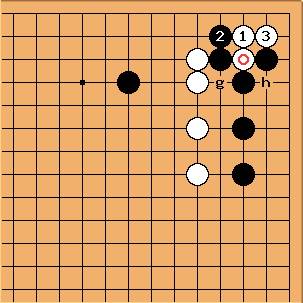 This is a sequence up White's sleeve, making g and h miai. So the marked white stone isn't yet captured. 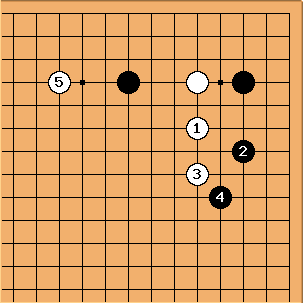 Black 2 is played for reasons regarding the lower right. White will again probably aim for a counter-pincer, and either do so directly after black 2, or after having exchanged white 3 for black 4 first. Because Black's position on the right side is weaker than in the normal joseki, he has less chance in the future to attack the three white stones. 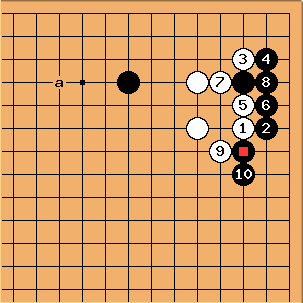 . Now White is strong and Black is crawling on the second line. White even has sente to play around a. 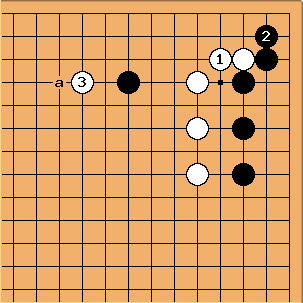 , can we say that

is too low and slow. I've been playing this move, which looks like honte, taking away White's base while making territory, but two times in a row now the attack of

or a has made me lose control of the game. --Dieter