There are some interesting variations when Black tries to steal White's base. 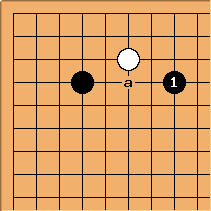 This pincer aims at playing next at a. 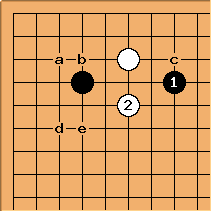 next is normal. Also played are the 3-3 invasion at a, the attachments at b and c, and the double kakaris at d and e. 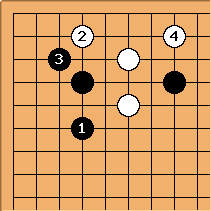 This is joseki, but White has no reason to be dissatisfied; compared to the catenaccio joseki White has better aji. 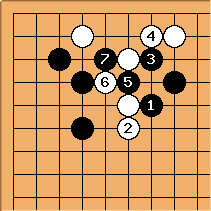 is often played now immediately after the joseki. Later Black can aim at making a big ko with

Charles See ko preparation for some examples of this. 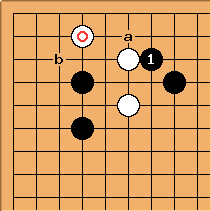 is played in an attempt to force White. If White simply answers at a, Black can go back happily to b. 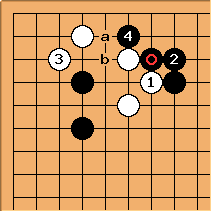 here to gain some shape. Black simply connects at

, and White takes the corner with

, when White can answer at a as well as the safe b. 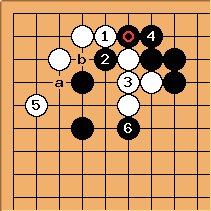 Black can cut with

but has to return to

lives in the corner, and a fight has broken out in the centre. Black usually plays

. White has some bad shape but also has chance to capture

, since Black's forcing moves at a and b to connect it cause shortage of liberties. 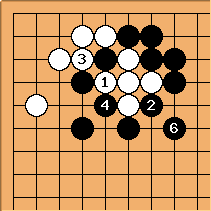 This seems too good for black, so maybe White doesn't try to connect immediately? Jared 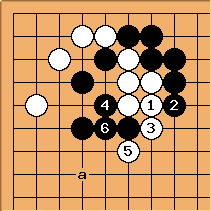 White won't actually play where you suggested but there, thus cutting black. Continuation at a for black. Leviathan 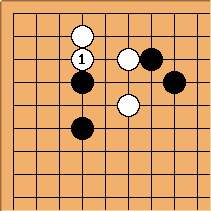 would seem pretty interesting, too. -- anonymous 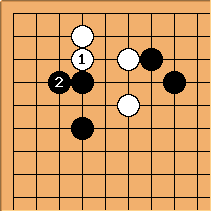 Charles But White gets bad shape: 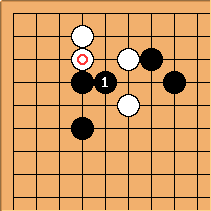