What about the inside (3-4) contact play in the absence of an enclosure? (When there is an enclosure from the 4-4 point, this counts as joseki.). 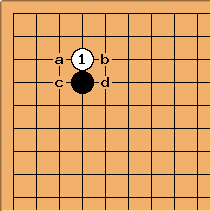 This sometimes occurs in pro games, though of course it is rare compared to playing an approach or the 3-3 invasion.

The most common responses for black are the hane moves at a or b, but c and d are also played sometimes.

xela: Isn't this usually played as a ko threat or ladder breaker? Otherwise, I find it hard to imagine a full-board position where this wouldn't be worse than an approach move from the outside. (If I'm wrong, I'd love to see some examples!) 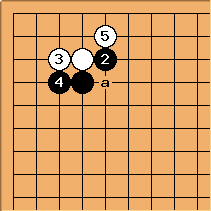 , the situation may revert to the common 3-3 invasion like this.

So, what did White gain? Nothing, unless Black would prefer to block the other side after the 3-3 invasion. This naturally determines White's choice: 3-4 or 4-3? It should be such Black's resulting wall will be less useful.

xela: If black needs a wall facing the other way, won't

I play this one often in handicap games: Black normally plays

to take the corner, which allows a cross-cut.

The hane at 3-3 takes the corner, allowing the opponent a group along the side. 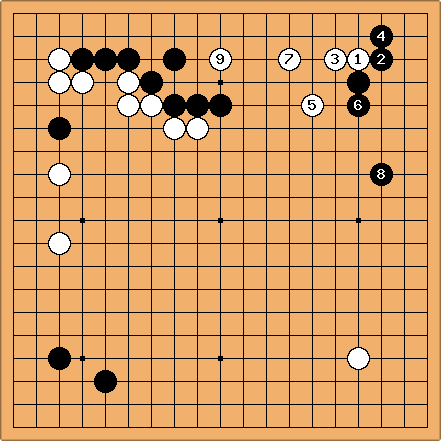 would allow Black to make big territory on the top side. 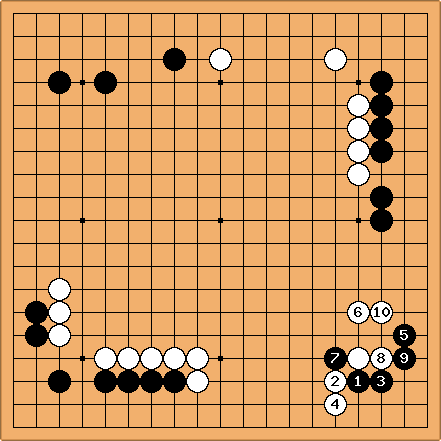 blocks from the outside, but if Black had started on the 3-3, White would have blocked at 1. 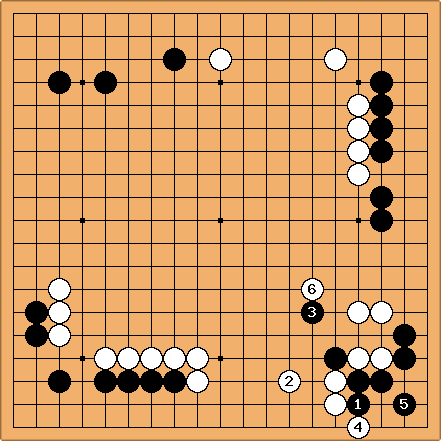 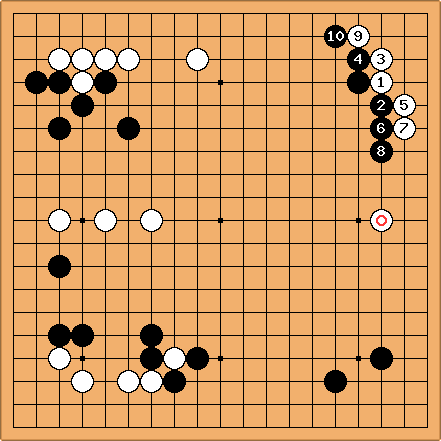 In this position, black has chosen to revert to the 3-3 invasion joseki. If the black wall were facing the other way,

would be under attack, while this wall is facing a strong low white position along the upper side. 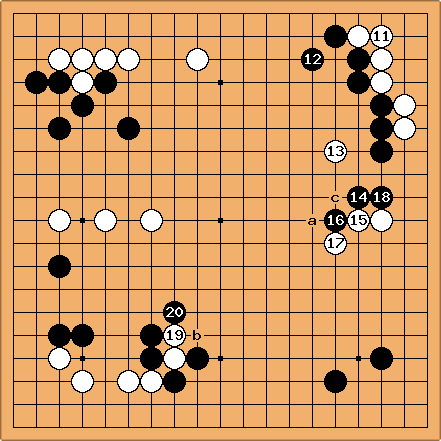 In the continuation, white uses the aji left by the ladder in the lower left. After

, the white atari at a is a ladder break. Black chose to take at b, allowing white to take at c.