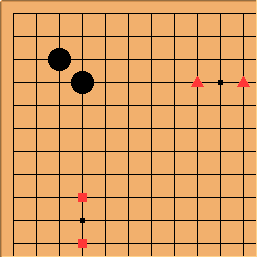 This enclosure appears quite often in the games of Takemiya, to defend against the 3-3 point invasion.

Black usually plays this only if he has influence around both 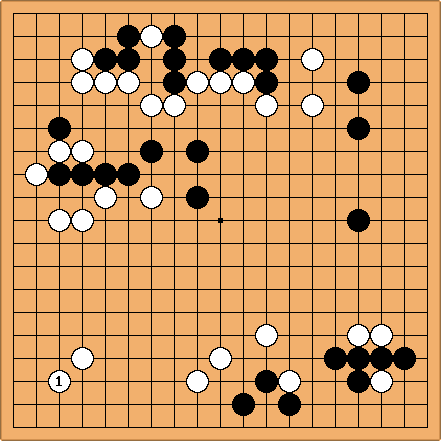 creates the 4-4 3-3 enclosure, with the aim of turning much of the framework in the lower left into territory. 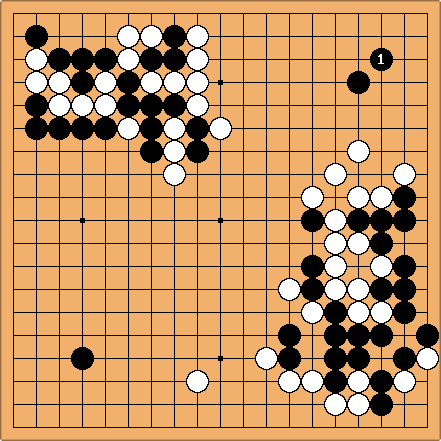 Owing to the strength of the White groups all around the upper right corner,

chose the 4-4 3-3 enclosure to ensure the safety of his upper right corner. 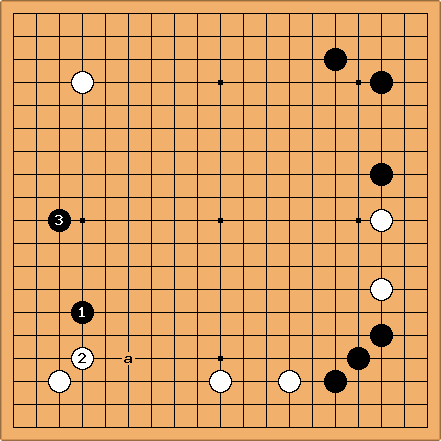 In response to the approach at

plays the diagonal to form the 3-3 4-4 enclosure. This move puts more pressure on the

stone than the more common response at a.

The Enclosure naming hints at surrounding corner territory. It's The enclosure page currently defines it as a formation that is created when one player has made two moves in the same corner and I think we'll be better off sticking to this pragmatic description.