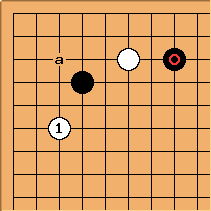 is an alternative here for White to invading the corner at a. The presence of 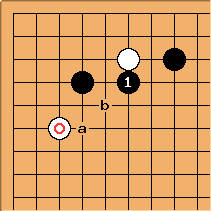 Black at a is the main other choice; Black at b is occasionally played. 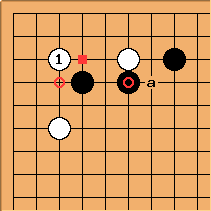 Now White's main option is to invade with

. White also can try playing out at a first, but the timing involved isn't easy to grasp. After

, Black has to choose on which side to block. In the past few years both the circle point and square point have been common in pro games. 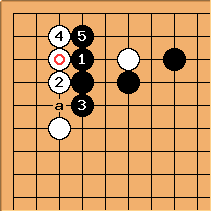 is an essential bulge point, and too good to allow to the opponent.

at a is possible, instead).

is a thick play, but Black could also choose to play tenuki. 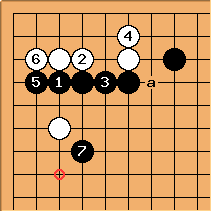 is to be expected.

After this, Black has to deal with the white stone on the left;

is one possibility. White is aiming at the cut at a, and might well play there immediately.

The joseki is slightly off, which professional players might translate into an immediate win or loss.

Alex Weldon: Slightly off in whose favour?

(also played at a or the circled point). Therefore assume Black is somewhat dissatisified here. 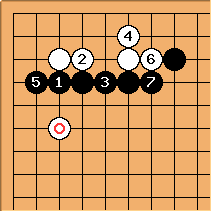 is to protect against the hane at

; White is not really alive yet, so she plays at

to live in sente.

stone near the black wall is considered to be quite light and therefore the next move here is usually White's three-space extension from it. 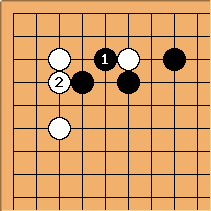 Black's third possibility is the quiet move of 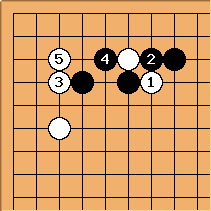 A second possibility for White is the hane at

is the simplest answer. Black has sente. This is a good joseki for White if Black is trying to make a framework on the left. 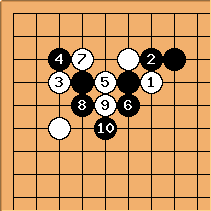 here leads to a complicated fight. 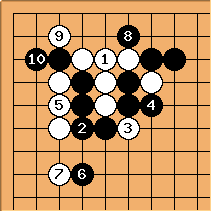 We will show one continuation, from a professional game. 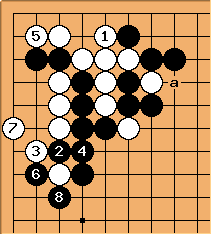 Black gets a large wall, White the corner territory. White has the aji of pulling out? at a. 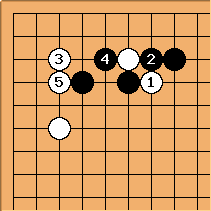 . If Black answers at

or some such point, we get a transposition to the joseki above. 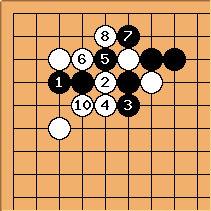 Alternatively, Black can answer by blocking on the outside with

, White's territory is bigger, but so is Black's thickness. In the rare case that Black can successfully challenge White to a ko fight, White can omit the 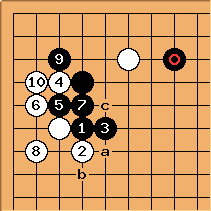 The attachment on the other side with

is rare. With this move Black is trying to build a wall facing the top, but he runs a serious risk that the original pincer (the marked stone) will turn out to be too close to it.

, are even more rare with this pincer.