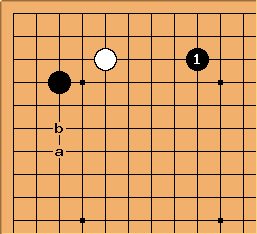 , white can also choose to counter pincer at a or b. 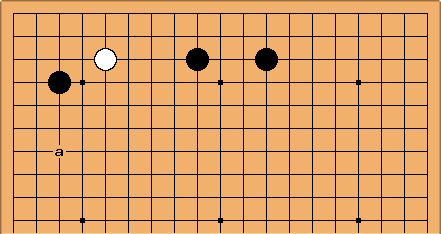 In a situation where the left side is more important, 'a' is a good choice. 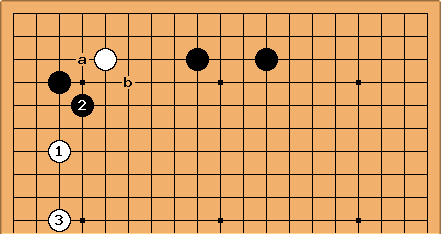 White has different forcing moves and/or end game moves depending on how black addresses the lone white stone. 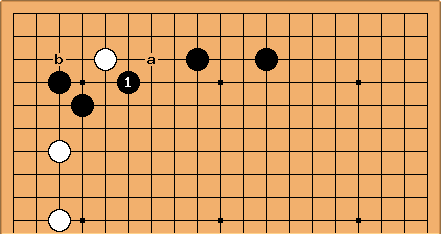 If black plays here, white can choose to live in the corner with 'b' or live on the side with 'a' later on. 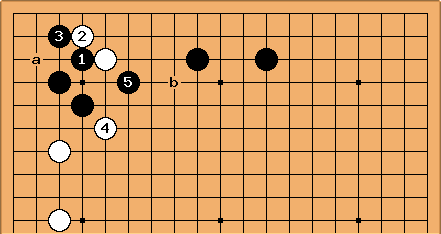 If black plays 1 here, white can make the exchange of 2 and 3 to give up the stone and get the kikashi at 4, and later there is a big end game move at 'a'.

Instead of playing 2, white can also try to run out with 'b'.

I don't know the name of this joseki, but I first saw it in Invincible: The Games of Shusaku (game Shusaku v Showa) and had the chance to use it the very next day, with some success. 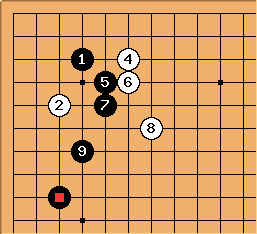 There is white support along the upper side, of course. The joseki was not played all at once, and the marked black stone was played just before

Anyhow, later on White can make the following play, assuming the right-facing wall has gotten stronger in the meantime (in the actual game, Shusaku played the marked white stone in sente): 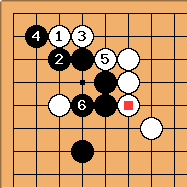 This is pretty slick, especially since the upper side was under attack by Black. So does anybody know more about this joseki? Is it not in favor anymore?

Go Base returned 23 games with this position. Only six are from the last 50 years. 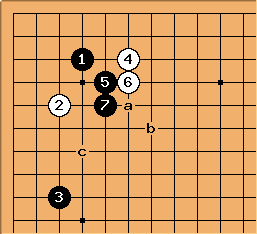 The most common continuation appears to be for White to push again at a. Only 8 games continue with the play at b instead. Of these only one game was played in the last 50 years but luckily Black continued at c yielding the position under discussion: 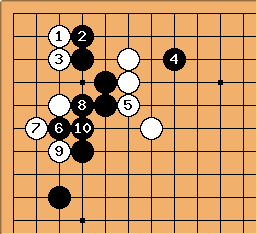 White played immediately in the corner and Black allowed White to take it. 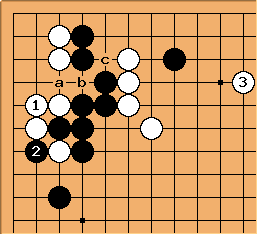 It looks to me as if there is still a ko in the corner because of the gap at a but if White captures a stone with b and then connects the ko, the remaining cut at c makes it big enough that Black is not interested. 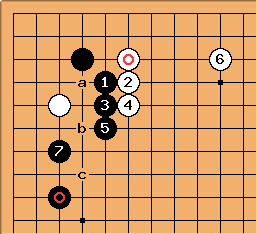 Ishida Yoshio does not consider the one-space counter-pincer in his joseki dictionary). However, Yamabe's dictionary (Genzai Joseki Jiten, 1985) covers it with 23 diagrams. There are many variations shown. This diagram is the first diagram given in Yamabe and marked as a 'joseki' but Black has also played 1 at 2 and at a (with the idea of keeping White separated and making it difficult to live in the corner) and has played 3 at b. An important idea in the variations is whether White gets sealed into the corner or breaks out via the shoulder hit at c.

Note that the choice of the three-space pincer (the marked black stone) is normally based on a black position in the lower left. In modern Go White usually does not choose the keima (knight's move) approach in such a situation, but uses the high approach or a two-space approach (high or low) instead. The choice of the counter pincer (the marked white stone) is usually based on a white position in the upper right.

Bill Spight: The Suzuki-Kitani "Small Joseki Dictionary" does not seem to like Black's play. 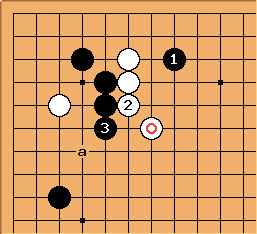 After White plays the marked stone, they recommend

instead of a. Now

. This sequence is good choshi. ("Make him make me play the way I want to".) 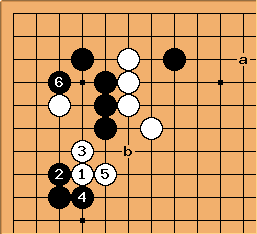 is at a, Black

at b is also good. 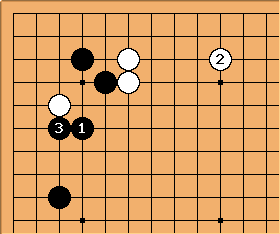 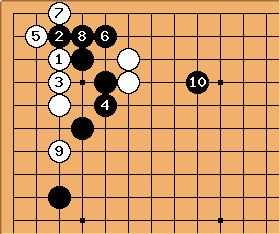 If White lives, Black has a strong pincer at