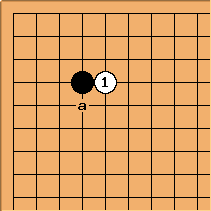 The 5-4 side contact play is seen surprisingly often in pro games. Most of the time it is played as a ladder-breaker (when the ladder is still broken after an answer like a) or as a ko threat in some life-and-death involving big early ko. Other reasons include central fighting and sabaki play (when black prefers settling some stones along the side over taking the corner by a 3-3 invasion or an approach from the other side).

It's generally a more interesting and flexible way, amongst unconventional plays round the 4-4 point.

There's a very nice example played by Karigane Junichi on Go Seigen in game 2 of their 1941 jubango. Go Seigen himself used it a number of times. 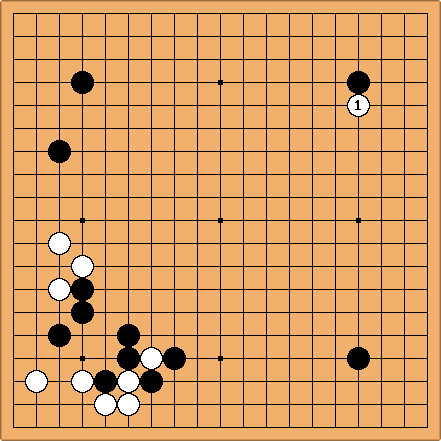 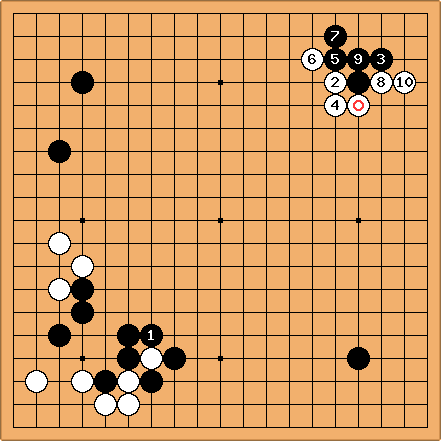