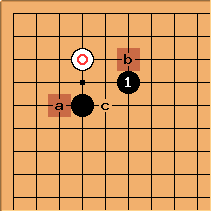 White has approached at

; and Black responds with the cover

. White's continuation depends on the situation on the whole board[1]. When White played

he already knew, perhaps, what he was going to do. There are a number of complex variations that can follow.

will look good in any strategy for Black based on influence. A white stone there makes a major difference (see 3-4 point high approach, keima). 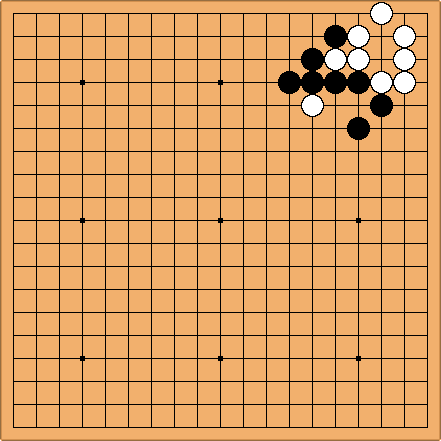 [1] This is the position after 19 moves in Tsukakoshi Tsuneyasu(White) - Takagawa Kaku, Spring Oteai, 1935-05-19. White responded to Black's initial 5-4 with an immediate play at 3-4 and the rest followed.One could argue that both players took the emptiness of the rest of the board in account when choosing their joseki.