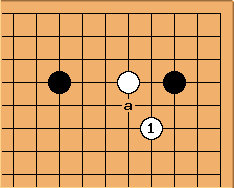 This move will be answered by Black's cut at a, regardless of any ladder. Actually, Ishida may say this is bad for White - but that's old information. 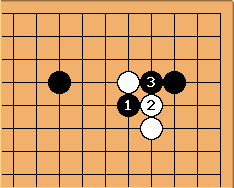 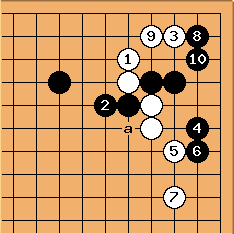 When White aggressively stretches with

, Black can stretch too at 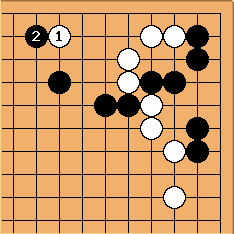 After Black's outside attachment, White will eventually have to live on the side, while Black takes central influence. Next Black can aim at attacking White's other group. This fight has been regarded as favourable for Black in most circumstances, a.o. by Ishida's Joseki dictionary. 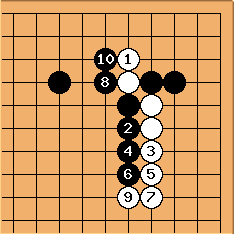 Each of Black's moves

are sente and cannot be answered by a hane: each cut will be favourable for Black. In the end, White cannot even play

, so Black takes a big corner. All the cannots'' in the above explanation can be explored further.

2. White stretches into the other direction 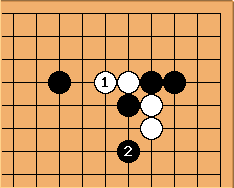 This variation has been played for 20 years, and is popular right now in pro games.

is a common tesuji. 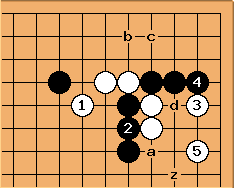 is a common continuation in recent pro games.

can be played in a different order. (17 games out of 47 in a gobase search on this position) Most variations are about 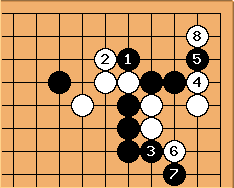 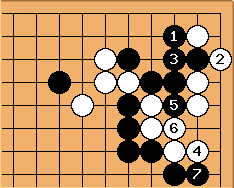 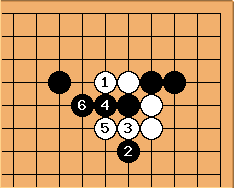 If White pushes at

, Black happily connects. White will not be able to save his top stones. 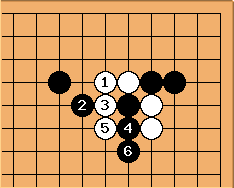 This is not tesuji. Black is split into three groups. 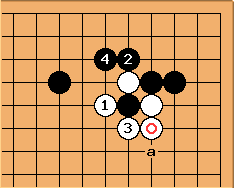 This peaceful result can easily be visualized. Black takes a substantial amount of territory. White takes influence and sente. However, it is felt that

is not placed effectively. In fact, there is a joseki resulting from the ogeima variation where

is instead at a. That result is considered even and the final judgment will depend on whole board strategy or personal preference. 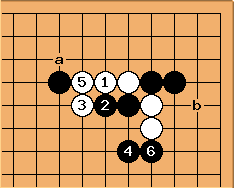 There are a few games in which Black fiercely plays

, White can retreat at a or fight at b. These fights then spread over the whole board. 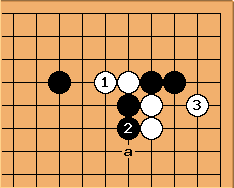 There are also a few games where

is exchanged, resolving into the main variation again. That leads to the question why

at a is tesuji at all.