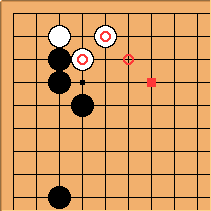 Assuming White took sente at the end of this joseki, Black gets a chance to attack White.

According to the position as a whole, Black may wish to attack directly at the circle-marked point (a vital point of the diagonal of the

stones); or to build influence with the cover at the square-marked point (discussed at order of play - temptation). 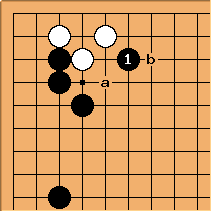 . Then the pros usually come out at a. The play at b is a tesuji to help White gain immediate life. 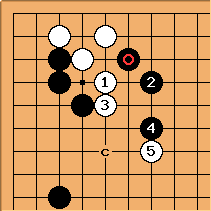 here, the inducing move at

is taught as tesuji. It is possible for White simply to play at c'. 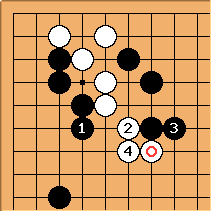 This is a normal result:

will lead to nothing good for Black. 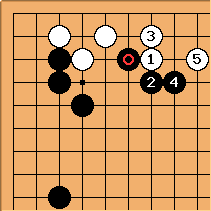 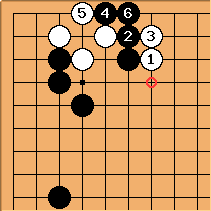 here, it makes no sense to go back later to the circled point to play hane, after Black has filled in a liberty. So we get 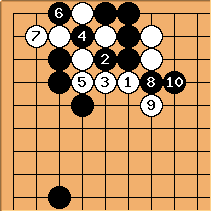 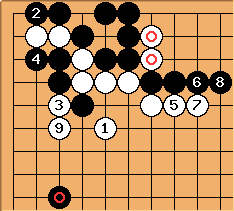 There was no actual ko: White sacrificed the

stones and in return weakened

, as a big exchange happened. 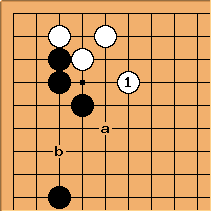 here gives White a high position, that is quite thick from fighting perspective. Later White can hope for White a, Black b as forcing. 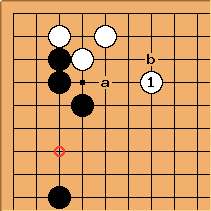 here, White's shape is more efficient. But in this case Black can hope for a forcing exchange Black a-White b. That has an effect on any later white invasion at the circled point.

The tighter choice of