With the arrival of AlphaGo in 2016 and other super-human programs such as FineArt, LeelaZero, Elf OpenGo, Golaxy, and KataGo which followed, professional Go playing is undergoing a massive and rapid shift the likes of which have probably not been seen since at least the New Fuseki era of the 1930s.

This is particularly apparent for the opening: quite a few old josekis are now discarded as bots have deemed them unfavourable and humans have absorbed these lessons, and new josekis from bots adopted and developed. Most notable is the early 3-3 invasion under a 4-4 stone, whose popularity over time from the ps.waltheri.net database in an otherwise empty 12x12 quadrant is shown below. This shows that apart from a curious blip of popularity in the 1970s this move has gone from being almost never played to appearing in almost half of professional games in 2019. 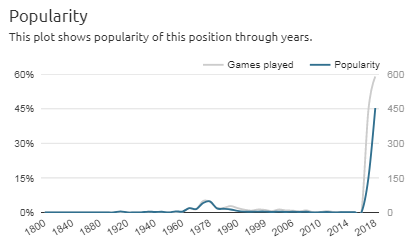 As the vast bulk of Sensei's Library was written before super-strong AIs arrived some pages will reflect this old theory which may have changed. Nevertheless, playing as badly as a 9p did in 2015 is probably good enough for most of us.