The 4-4 point 3-3 invasion, double hane, atari up, capture is part of the main sequence of the double hane joseki. 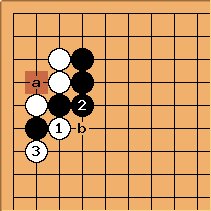 Taking the corner with the counter atari at a is the normal move and generally preferred by professionals and strong AI programs.

Should Black ever play the atari sideways?

yuzukitea: I was unable to find a game where AI agreed with the professional usage of the sideways atari. If anyone finds a validated example, please feel free to share.

From a big picture perspective, the double hane joseki is unlikely to be the appropriate move for Black to develop thickness.

Don't connect after the side atari 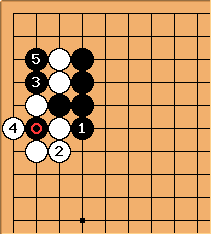 is a mistake. If White completes the regular joseki, the

exchange is good for Black.