The key concept of territory can be understood in various ways:

This black group delimits two areas, in which he will easily make an eye. The group is clearly alive. It is impossible[1] for White to create a living group with two eyes in the area. Black makes 21 points of territory.

The usage of the concept

The term territory is used in various ways when discussing a game of Go. 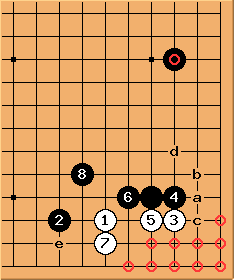