A squeeze (or squeeze tesuji) is a play or sequence that forces a player's stones into an inefficient shape by wringing out the liberties of a group through combination of sacrifice and forced capture? exchanges. Beneficial exchanges, leading to the squeeze, can be forced by ataris and atari/capturing race threats.

Squeeze plays are very rewarding and can range from easy to spot to highly sophisticated. Nonetheless, with a bit of practice you too can see how to set up squeezes and force your opponents into inefficient shape, and conversely, avoid being squeezed yourself. 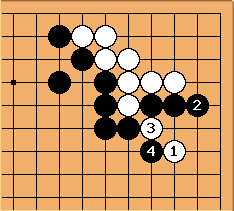 In this example, after White plays

, Black invites the cut with 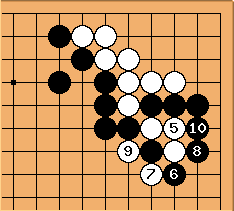 and then squeeze with

- ending up with good shape and leaving White in a dango shape. 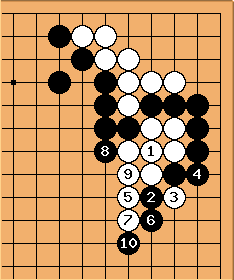 Black continues to squeeze White, making territory in the process. 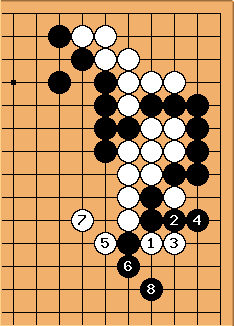 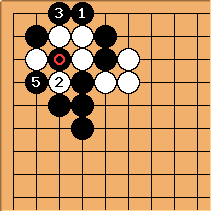 The squeeze can also be used as a capturing technique. In this example, Black sacrifices the marked stone to squeeze with

and subsequently kills with 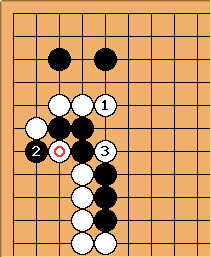 Before connecting, White pushed a little bit into the center with

. Black could not resist

. Instead of trying to save the marked stone, White plays 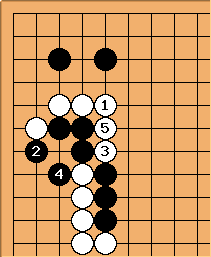 , which seals the black group in. 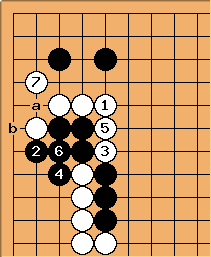 leaves Black with a very bad shape, and White plays out to

, guarding against a cut at a, and sealing off Black's escape route through b.