As an example of the tesuji problems in this book not always doing what you would expect (this is an A-difficulty problem), consider the following problem from volume 3 (2 in the old one), from the section on getas: 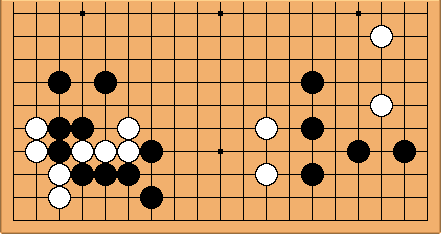 It appears that black can capture the four white stones in a net, as follows or with a similar loose move. 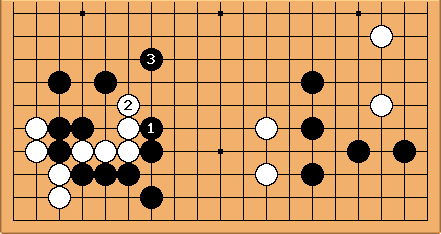 That is not the given answer, however. This is: 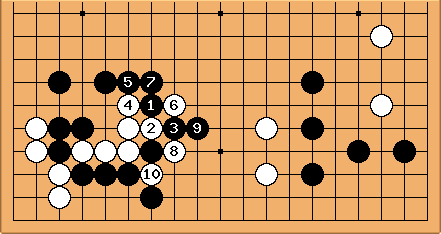 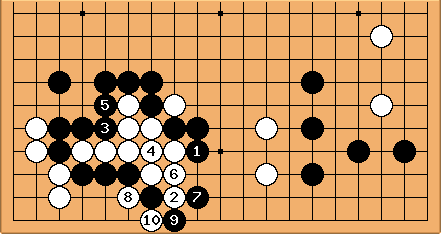 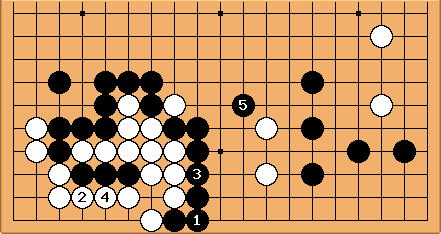 Even though black can capture the four white stones with a looser net, he opts for a tigher net knowing that he can squeeze for an even *better* result if white tries to get out. Remember, these are half-board problems. To get a good result, it is not always a simple "capture the stones" problem.

Interesting, there is much to learn from this kind of problems, I'm sure..But in this case, it seems like a trick play. If w reads it out, he will not try to escape, but will play on the right side instead. Then b still needs another move to capture?