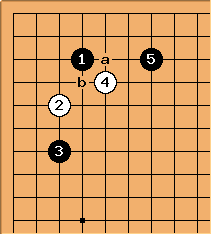 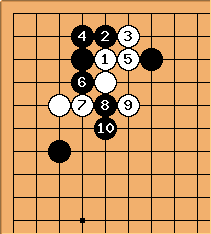 are is taken in by the trick play.

is another way to lure White into it but her correct response is different. 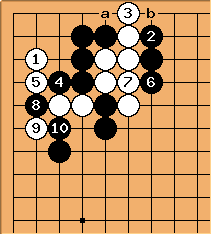 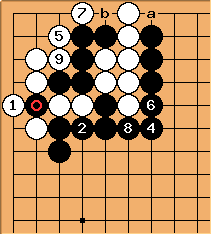 results in a huge success for Black. White has 19 points in the corner, but Black has such a thick wall outside that its value is much bigger than White's corner. Besides, Black a is sente. 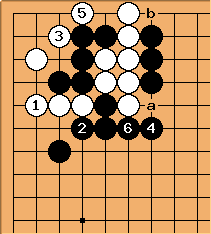 in the continuation diagram, White should play

here. While Black still gets a squeeze, White can take sente here. 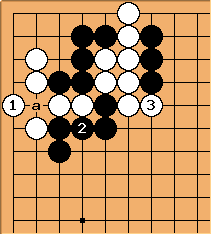 In the conclusion diagram covering at a is not the best option. Rather White should turn at

and allow a capture two recapture one at a. 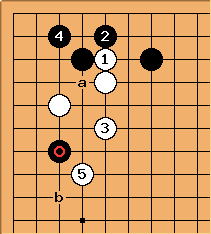 White can dodge this line of play with this calm variation. KataGo advises an even stronger resistance, turning at a and then pincering at b. 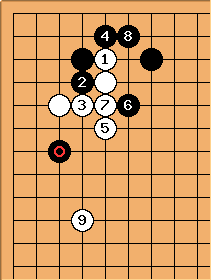 In this variation, White dodges with a hanging connection, Black forces before connecting and