Note: "Turnaround ladder" is not an established Go term. The Go Players Almanac calls it a spiral ladder.

A turnaround ladder, or spiral ladder, is a ladder in which one stone by the ladder comes under atari, but if the defender captures that stone, it becomes a squeeze resulting in the same ladder going down another path.

It is hard to say whether a turnaround ladder is a single ladder or two ladders, because although only a single group is captured, players effectively have to read two ladders. In Chinese, such a ladder has been referred to variously as 回纹征, 回龙征, 回头征 and 反征. Character wise, all of these terms hint at "going back" or "turnaround". 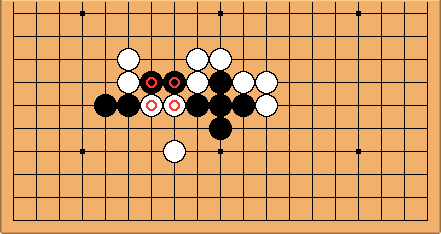 The only way for Black to save the

stones is to capture the

stones have only two liberties, every move must be an atari. 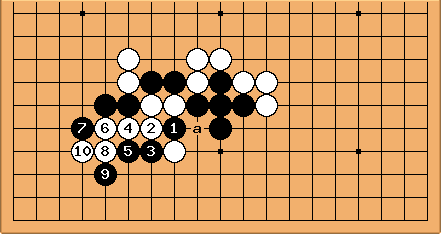 Black starts the ladder with

that leads to the lower left corner. White wants to avoid capturing at a as far as possible, so White tries to escape... 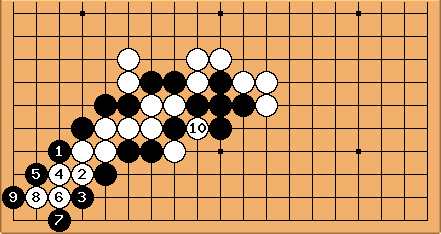 , White has no choice but to capture at 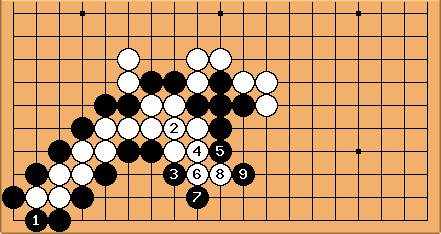 And so the captured stone becomes part of a squeeze. This ladder continues when

sends White down towards the middle of the lower side. White is still captured.

In Tesuji and Antisuji of Go Sakata gives the following example (Example 19). 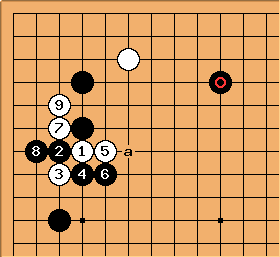 should be at a. Normally we would call it unreasonable, but with the

stone in place it may lead to catastrophe. 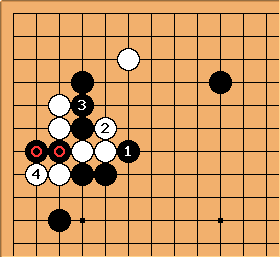 attempts to capture the 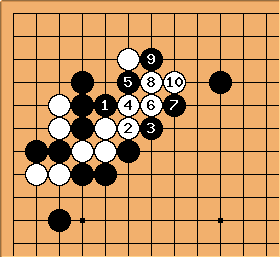 At first glance it looks like the ladder does not work, because

is in atari, and

is in line to be in atari next. 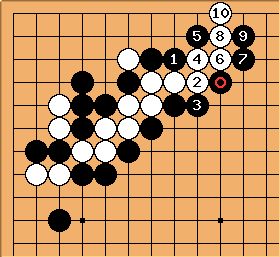 , Black can continue the ladder with 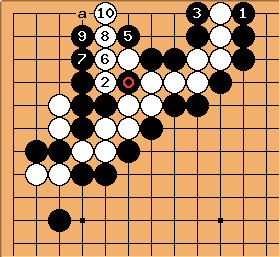 the ladder starts up again.

If the two ladders are parallel to each other, then such a turnaround ladder may be also called a parallel ladder. 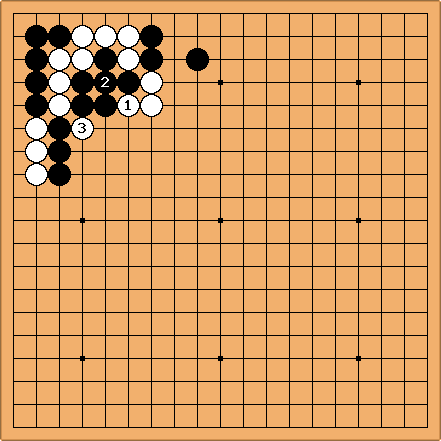 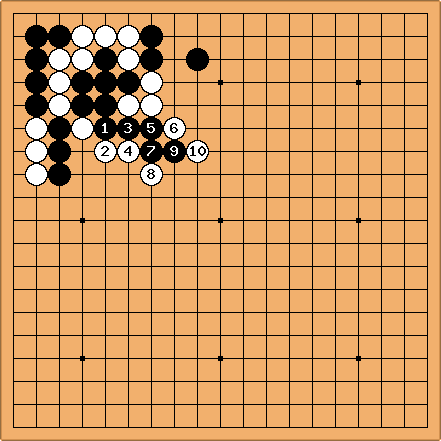 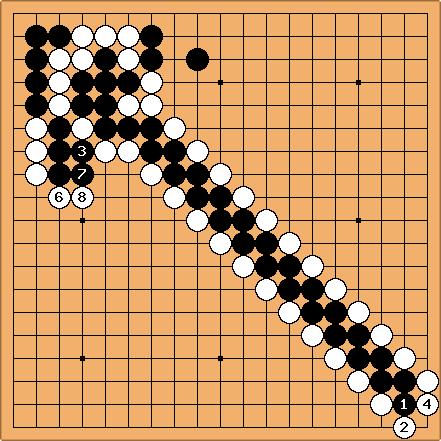 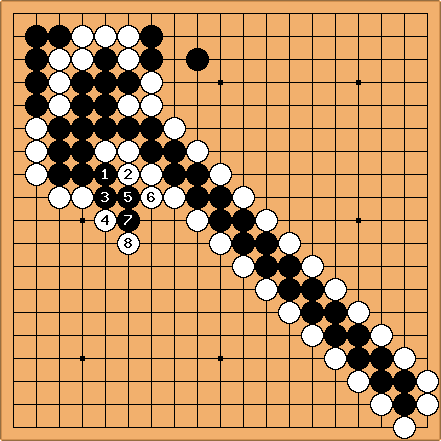 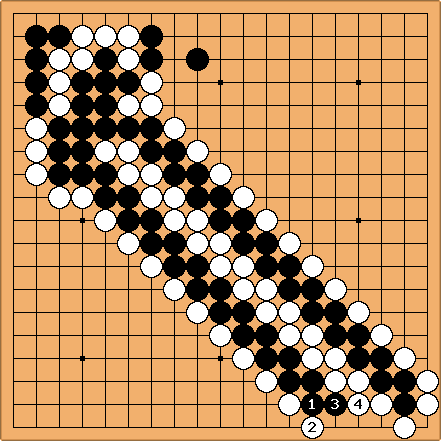 Note: John Tromp has discovered junctures for ladders (such as the one with the stone in atari) that may be interpreted as logical connectives, and has published at least one paper about them, thus greatly expanding our understanding of ladders.

blubb: This indeed is quite the same technique as described as "Spiral Ladder", isn't it. I like this term more, though. "Turnaround ladder" is very declarative about what the ladder actually does.
As far as I can see, the only difference to the "Spiral Ladder" examples currently provided at Parallel Ladders is the angle the ladder is bent by the turnaround, and as a consequence, the slightly less complicated followup. If that difference is deemed significant, Spiral Ladders would appear as a special case of Turnaround ladders, otherwise as just the same.

Bill: In my 1974 Japanese paperback edition of Tesuji and Antisuji of Go, Sakata calls the example an oshitsubusu ladder. That does not really make sense. Maybe oiotosu ladder was intended. There is an element of oiotoshi here.

Question 1: Does anybody know what the translation was?

(Later): Segoe has several examples in Go no Chikara wo Tsuyoku suru Hon. Usually he does not call them anything, but when he does, all the ones I have found he calls guruguru mawashi no shicho. (Which translates into spiral ladder ladder. ;-)) It does not seem like there is a standard Japanese go term for these ladders.

Gobase entry for guru-guru mawashi appears to include elements of loose ladder. On the other hand, I wanted ataris all the way. Perhaps I am not understanding the precise meaning of spiral ladder or guru-guru mawashi. Anyway, if the distinction with "turnaround ladder" is not important, I don't mind merging the two.