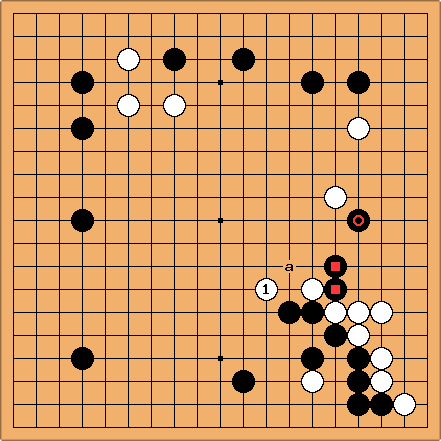 A six-stone handicap game; White (me) has just played 1, which he vaguely remembers to be tesuji, in order to strengthen his cutting stone. This move is not tesuji at all. Actually it should have been played simply at a.

It is Black who now has a splendid tesuji, sacrificing the two squared stones and connecting the circled one: 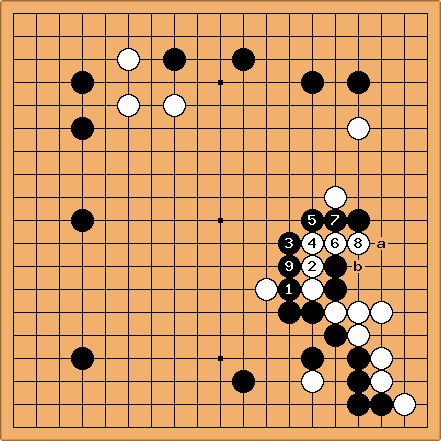 and then spins a "net" around White's cutting stones. Those have no option but capturing the two black stones, while Black builds a magnificent wall. Black can almost immediately exchange a for b. White may as well resign. 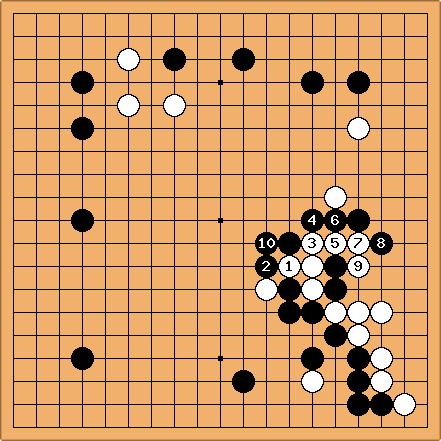 White can at best make a small breach in the black wall, but in return suffers the humiliating exchange of 8 for 9. Black perfects his influence with 10. 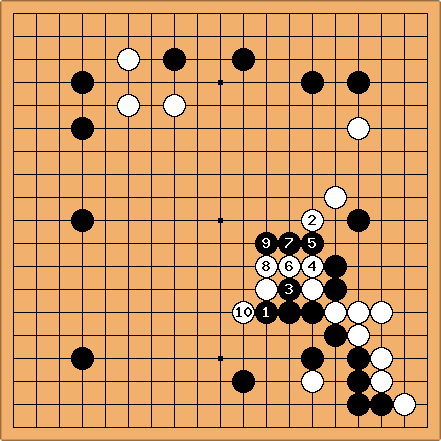 For the record, this is how the game went on. White got away with his zokusuji, as only too often.