I live in Los Angeles, California. I started playing Go in June 2001. I'm a member of the

Santa Monica Go Club. I was an AGA 2-dan. I play on KGS and IGS as chayashida.

(Congratulations on twenty years in the game! -- bugcat)

Pages You Can Blame on Me

At any rate, you'll learn something. 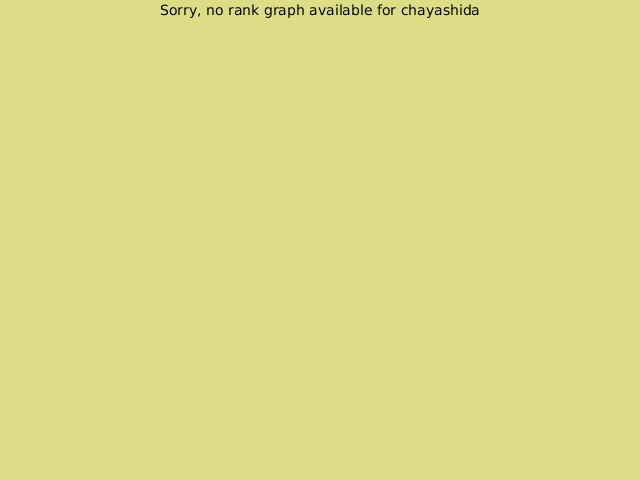 2015-10-27: I recently started playing again. No one would play a ? player, so I beat GnuGo to get 11k, and have been playing other people to slowly raise my rating. I heard that there is a stronger Go bot that I can play against, so maybe I can raise my rating back to normal.

2015-11-01: I spent the weekend trying to get games with the stronger bots in the Computer Go room on KGS. There was a queue. I gave up, and played real people. It was hard - people would escape from games when they saw how strong I was.

I ended up playing a handicap game with Tyler. Losing still raised my rating to 3k? After that, an automatch game got me to 2k? This is probably where I should be, and I'm getting matches that are a lot closer now.

2017-01-06: I started playing online again in December, after not playing since March 2016. They're mostly fast and blitz games, often while watching TV with family or doing other things. I think playing faster has helped with my snap judgement strategically, but the games are still blowouts on one side or the other. I'm hovering around the 4k/5k border.