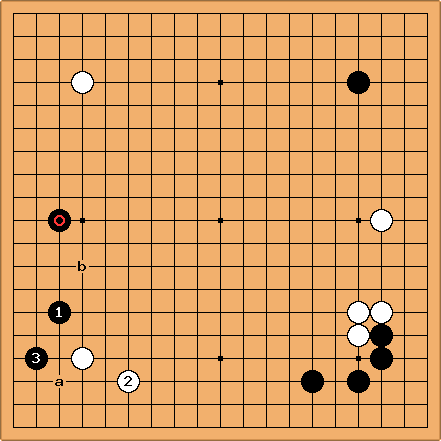 Chris Hayashida: In the discussion after the game, I didn't think

were proper moves, but I couldn't come up with a good reason why. I guess the shape seems overconcentrated to me. The marked stone and b seem redundant. He played

expecting me to play at a, then he would play at b to protect.

If Black omits b, then I think there is a lot of trouble there. Are 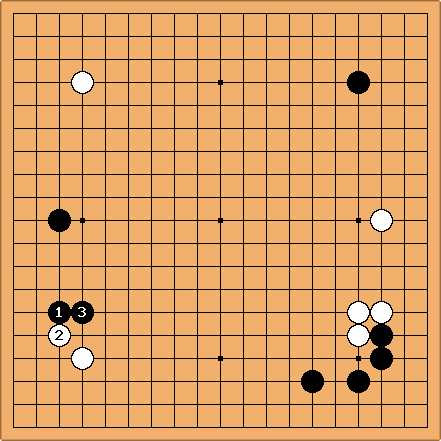 I know it's a mistake to answer

, since it "forces" Black to fix his shape at 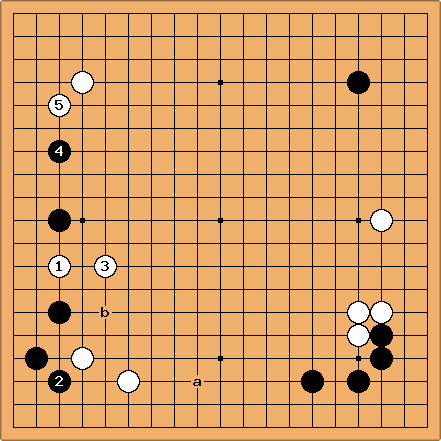 Chris Hayashida: This is what actually followed. I think I was overly aggressive. I needed an extension somewhere around a, I think, and

are still weak. I don't have a good answer for black b.

dnerra: This is easy: Black has 3 stones in the lower left, White has two stones, so you are outnumbered and you should not start a fight. This simple heuristic is right much more often than wrong. I agree with you analysis of the result.

Bill: The one space jump (

) is obviously bad, despite the proverb. 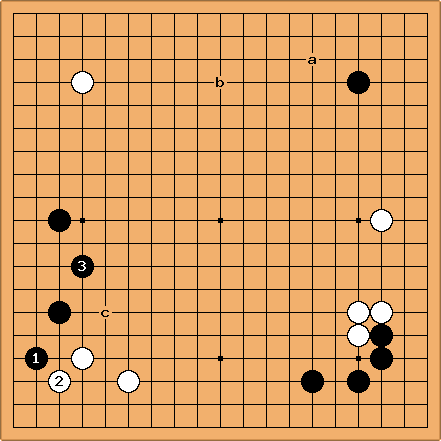 is good enough, and then I should take sente and play elsewhere (a or b for example.) What do you think? Is this a good result for Black?

unkx80: Fair result for both, but Black spent one extra move and loses sente. Compare with the following, which is also a joseki.

, playing too tightly. Better to play at c instead IMHO. 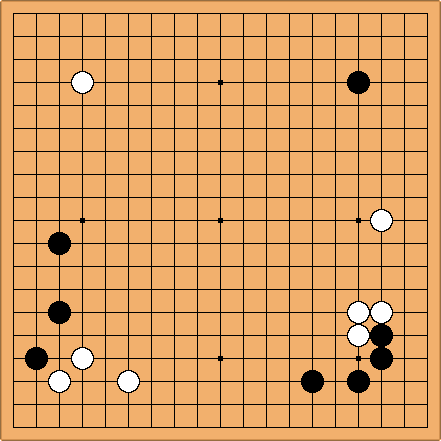 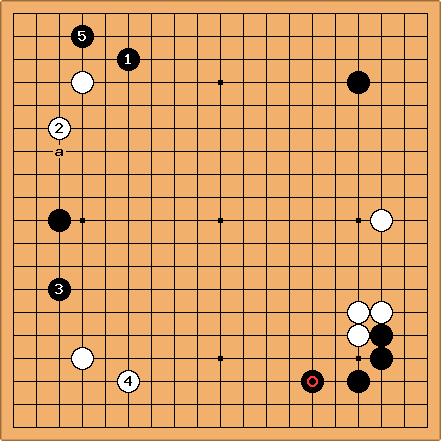 Dave: Since the position is symmetric along the left side, a play there is not interesting for Black. In addition if we consider that the marked stone at the bottom is low, Black would like to start some action at the top. One typical sequence would be to play

to provoke a response. The play at

breaks the symmetry and draws the natural reaction at

, settling Black's stones here. If White responds at the bottom, Black slides at the top.

is frowned upon when white has made the large knight extension at a. If white defends at the 3-3 point the upper left position is too good for white.

Dave: Sorry about that. I had a typo in the original diagram. The small knight extension was intended but your point about the large knight follow up is worth keeping. 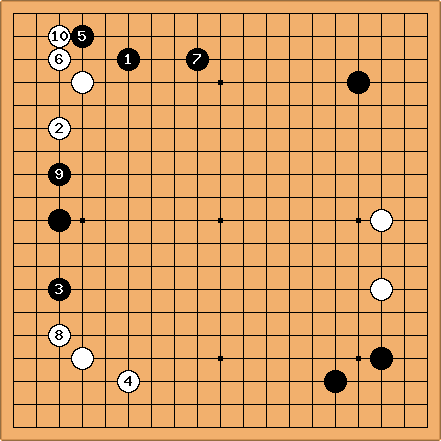 Dave: The elements of this position are similar to the one in this question. Black starts along the top and play proceeds in a reasonable fashion. Both sides settle their stones along the left. 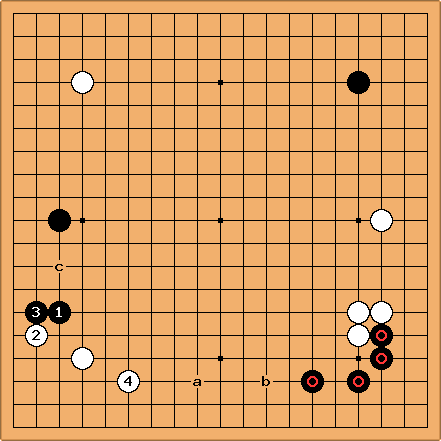 presents White with a problem. White doesn't really want to extend to

because of Black's strength (

) in the bottom right corner. It is not so much that White is in danger, but Black's strength makes the bottom relatively small. For instance, suppose that White extends to a, and then later to b. Now what? White has no real threat against the

is a problem for White, even though it leaves a weakness at c.

is playable, here. If

makes a good base.

(This is not to disagree with Dave about Black's starting with a kakari in the top left corner first. That's good choshi, making

White's problems stem from giving Black a strong position in the bottom right corner. The joseki there is well known for being somewhat unfavorable for White. Perhaps the following diagram preceded the one in question. 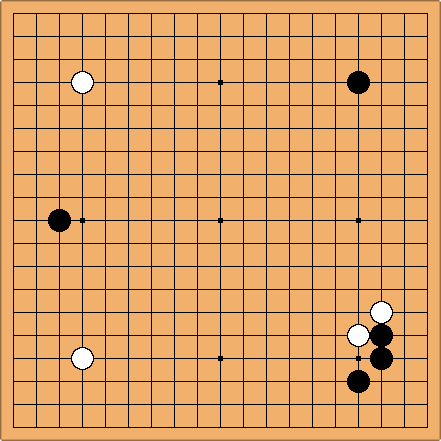 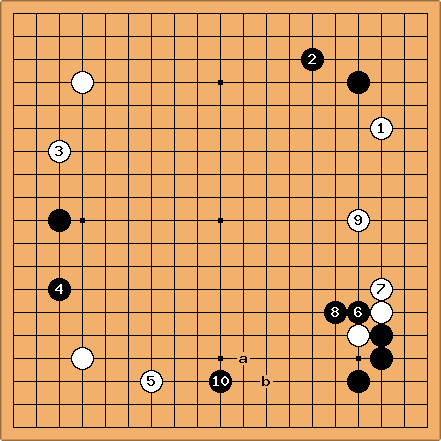 anticipates later play on the right, either as given or

, supporting a keshi at a or an invasion at b. (I like a.) This is different from approaching a strong group that cannot be attacked and will not form a moyo. 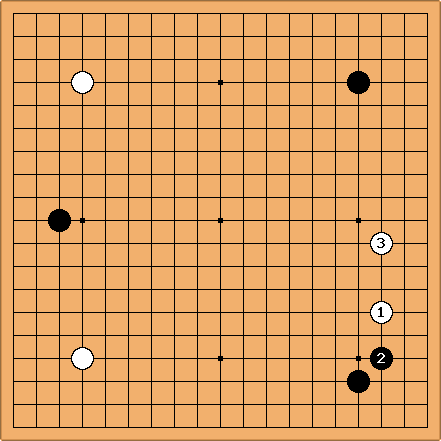 White is rather busy in the previous diagram.

is a calm way to play without making Black's bottom right corner too big and strong.