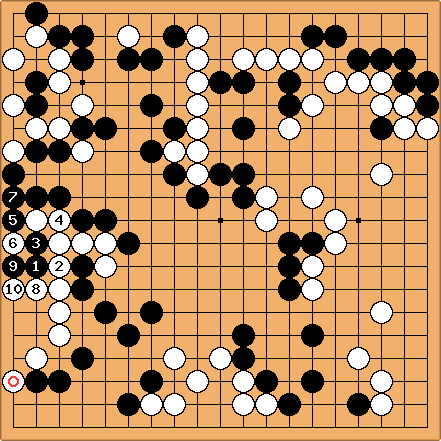 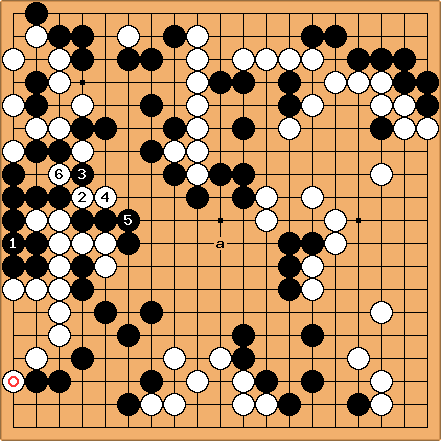 Herman Hiddema: [90] Black can also take the ko with

. White can then play

as a ko threat, and after

white retakes the ko and we get basically the same result. 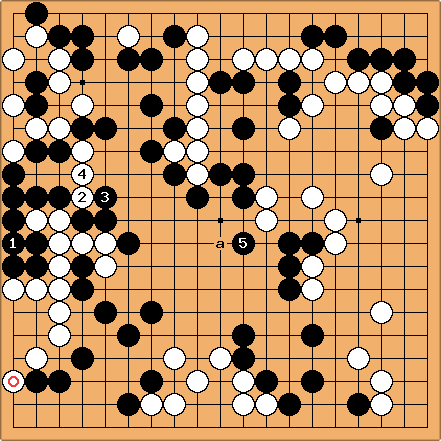 zinger: [100] Egads, black is risking a lot by doing this! If I were black, I would just play

in the first diagram, then work on the center with a - it looks like enough to win. Sorry for giving a counting reply to a tsumego problem, but after all, the whole board was posted :)

This variation is not playable with 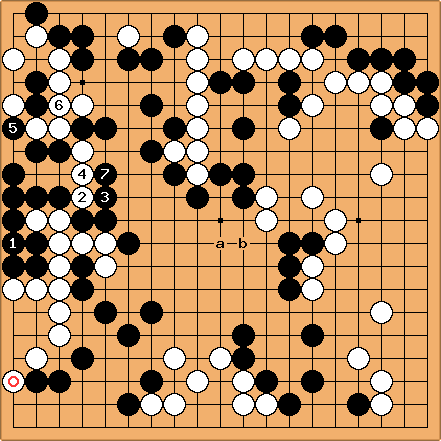 [120] tderz: better immediately the ko, as White could not connect with

, she would be lost. However, this ko is so big, that only internal ko threats could be valid? 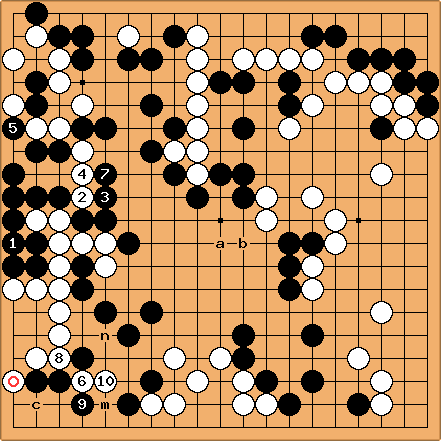 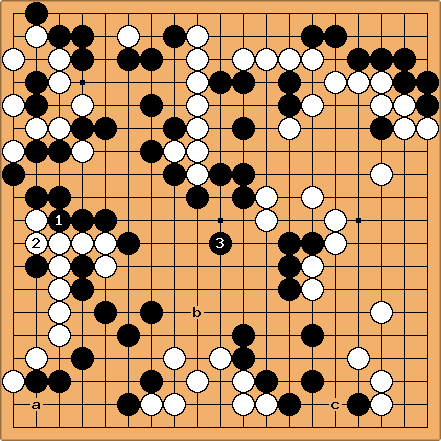 Chris Hayashida: I got the idea that this was the sequence that Zinger suggested. While he did mark a on the second diagram, I think he was referring

on the first diagram.

I'm not sure that this would be enough for Black. a, b, and c are all big points, and White has sente. When I was playing, I counted that White was ahead if his group survived. I probably need to re-evaluate this position to see if this is still the case.

zinger: Yes, this is what I meant. I count black ahead by about 10 points on the board, but then there's komi, and it's white's turn. So maybe it's about even. Still, I would do this rather than risk everything, and rely on my endgame. Besides, it looks like white lives anyway. Chris: did you win in the end? By how much?

Chris Hayashida: This is what I played during the tournament. I don't want to list it as a solution until it stands up against scrutiny from the other deshi. If it does, I'll move it to the solution subpage. 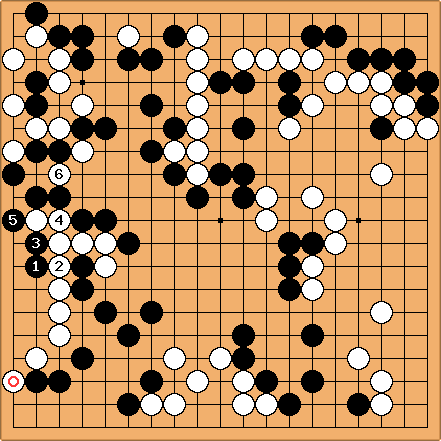 Chris Hayashida: [10] This took me five minutes to read out (during the tournament) and I finally played this sequence. It is a similar sequence to what was posted above, but I played atari with

and saved the other moves for local ko threats. 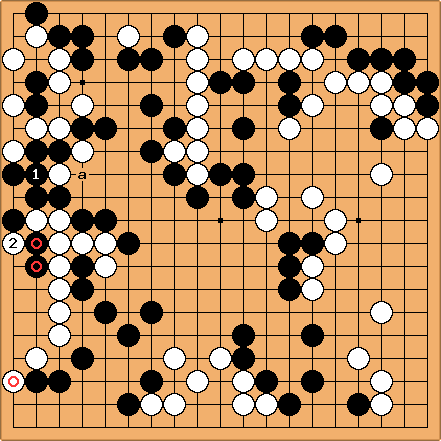 , then White throws in at

and catches the marked black stones in oiotoshi for a second eye. This is what happened in the game. 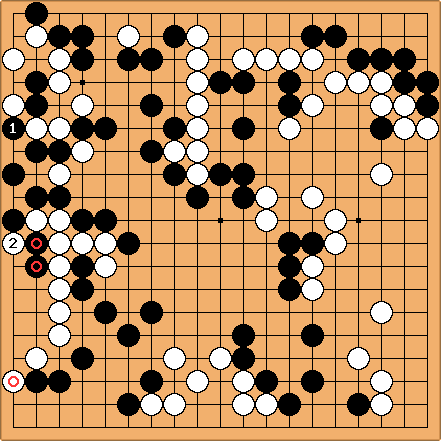 Chris Hayashida: [30] This was the variation that I wasn't as sure about.

leads to ko, but I think White has a huge number of local threats, starting with 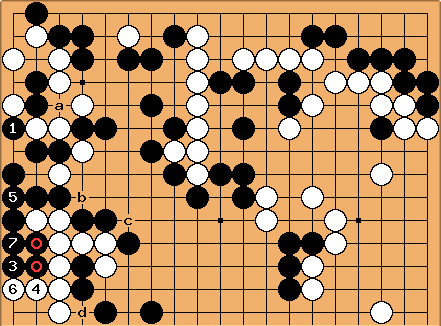 tderz: [32] a and b are miai - hence White cannot live without ko and must exploit (internal) ko threats c, d, else or in combination. 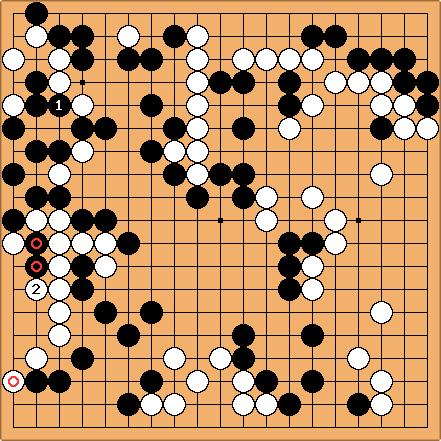 to resolve the ko, then

again catches the marked black stones in oiotoshi for the second eye. 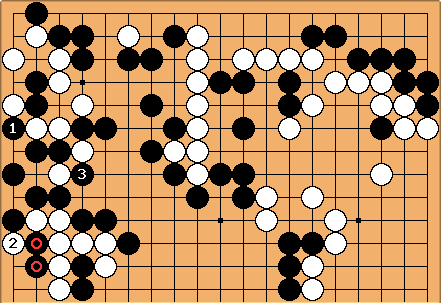 (over)kills a dead white group. White lives, hence Black did not achieve much else than putting stones in his own territory. 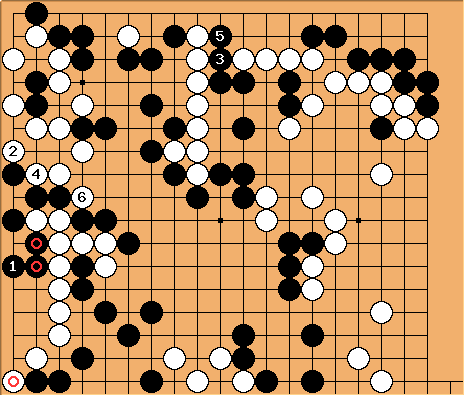