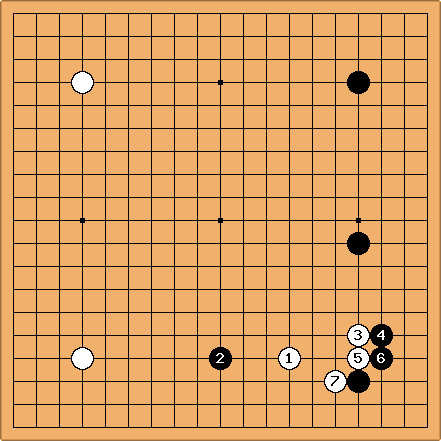 Chris Hayashida: I started with the Chinese Opening, and when White approached at

and started the nadare when I answered at 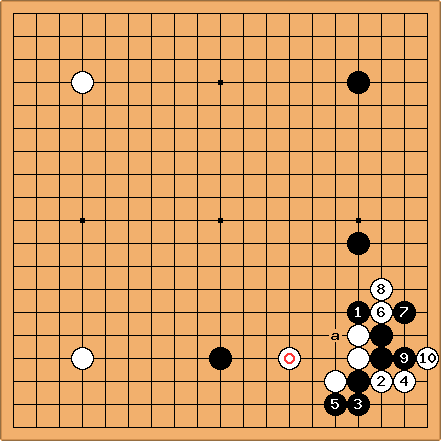 Chris Hayashida: This is what happened in the game. It was a complete disaster. The post-mortem shows that

was a mistake, as the ladder starting at a is broken by the marked white stone.

ended up being a nakade, killing the group at the end of the game. Figures from kyu play, huh? :) 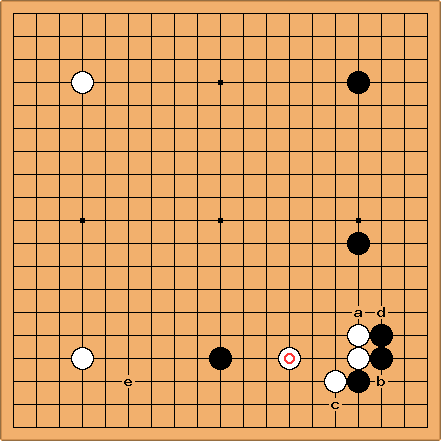 Chris Hayashida: So the question is, what should I do now? a doesn't seem to work. What about b or c? d seems to lose sente.

I need to end in sente, so that I can extend to e.

It seems like I can get a good result, as White's marked stone will be too close to his wall. 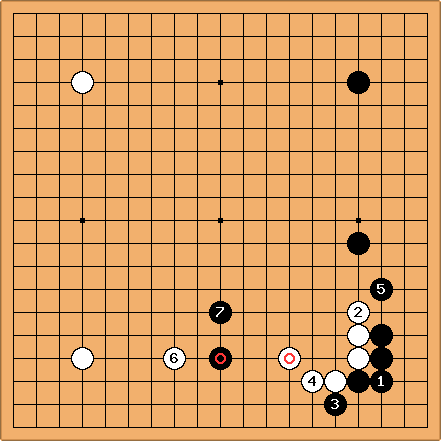 . It restricts White's options. As you point out,

is ill placed. You don't get sente, but after

lightly and tenuki, I think. (Although 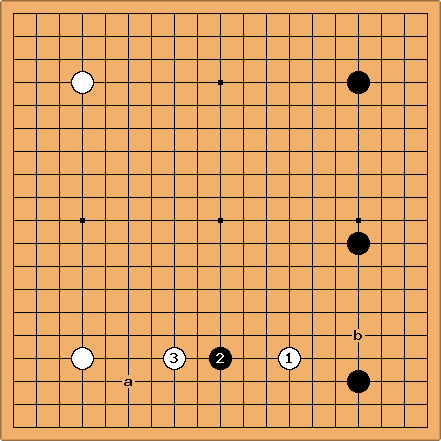 is played, theoretically it is possible for White to play

. If you treat the series of moves after

as a series of Black-White-Black-White exchanges, then you should not expect to get sente to play at a. As one of my lecturers like to say, there is no free lunch.

Chris Hayashida: I didn't really think about it until White had already committed to the avalanche. If White pincers with

, Black might get 'b''. I can't tell who this favors, though. Is this bad for Black? 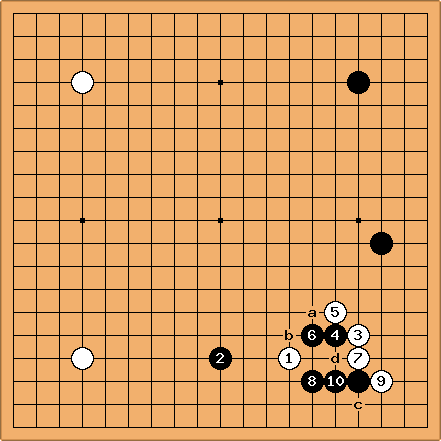 Chris Hayashida: I asked at the club, and one of the 7-dan there also mentioned that I could play a magic sword-ish joseki. I seem to remember that White traded a for b, but I'm not sure that it's necessary. I don't know this joseki well enough to know if 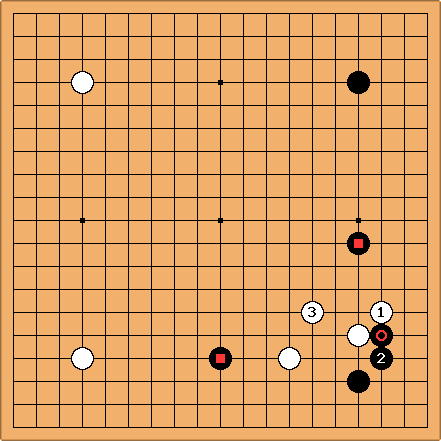 , for light shape. The nadare when both the

stones are there - I don't think so.