Chris Hayashida: I have lots of trouble in the middlegame. I played Black. I felt that I came out ahead after the opening and had lots of power. White had to take gote to make life at the top.

What should I do now? 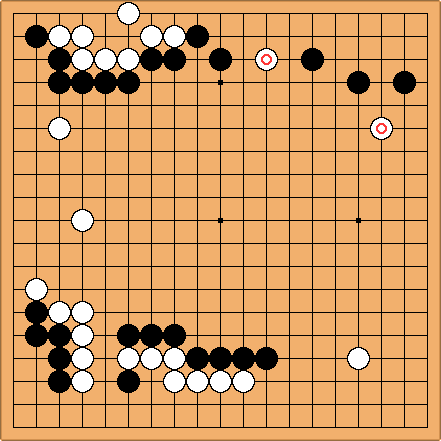 The marked white stones are weak, and Black has a lot of influence. I played against the left side, but I'm not sure it was the best idea. Would playing on the right have been better? I am seriously confused. If someone could post a possible line of play, I'd greatly appreciate it.

Rich: Something like this looks good to me, although I'm sure there are better lines of play. 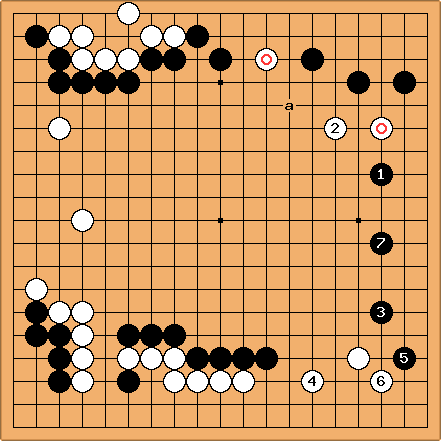 , as the influence she gains from the corner invasion can be offset by attacking the top. With black's influence, she seems obliged to keep the corner. Black also has a splitting attack around 'a' to look forward to. 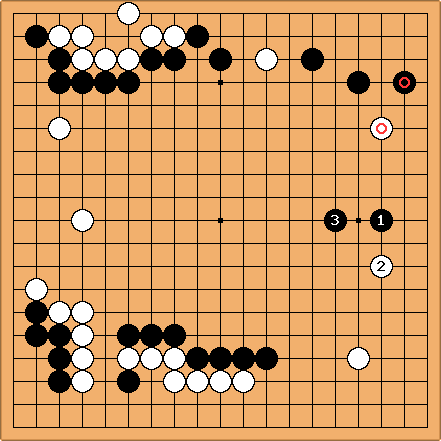 Bill: The right side looks big to me, and

on a large scale. Because of

you do not want to attack

too closely. It would be too easy to throw it away. 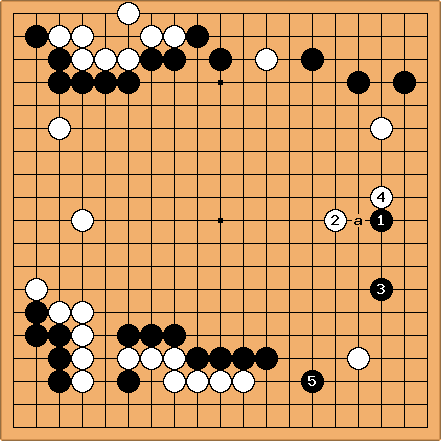 , and then a double kakari with

. Now we have a complicated fight, but thickness favors fighting.