Chris Hayashida: I listed this as a "discussion" instead of an answer, because I really do not know the right answer to the problem. This page is my explanation of why I played the way I did, and what I was thinking. It might help weaker players see how a low kyu player (4k? KGS) thinks. It also might provide a good laugh for stronger players. I would love to have comments about both my thinking and my play, as I hope to improve both. 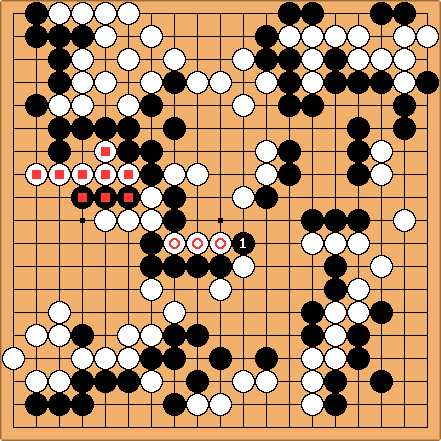 Chris Hayashida: I considered giving up the three white stones marked with circles. Even if those stones were captured, it would only give the black group one eye.

However, giving up these stones would jeopardize the marked white group on the left, though. I needed to capture the marked black stones in order to keep the game close. 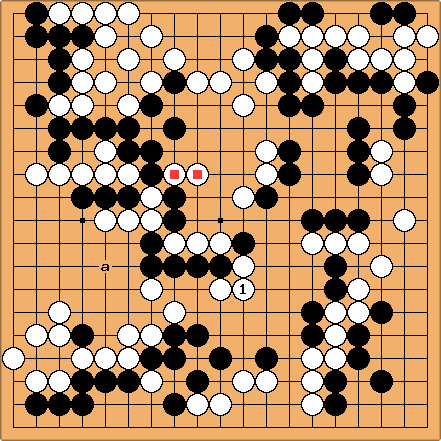 Chris Hayashida: I counted the board in pairs, with a result that Black is ahead by four points (two pairs) after prisoners and komi. I counted the upper left, upper right, lower left, and lower right as Black's territory. I also counted the area just below my dead group as Black's territory. I did not count the middle as anyone's territory, since I felt that both sides should be able to connect their stones without too much of a swing in points. However, I felt that Black had many opportunities for reduction, while White did not have any areas where he could make more territory. I thought that if I played passively at A or thereabouts, I would not have enought points to win.

I connected solidly at

. I thought I could connect to the group on the right, and connect the marked white stones to the top. However, I could not read out the capturing race on the left, so I was worried about that life of that group as well. 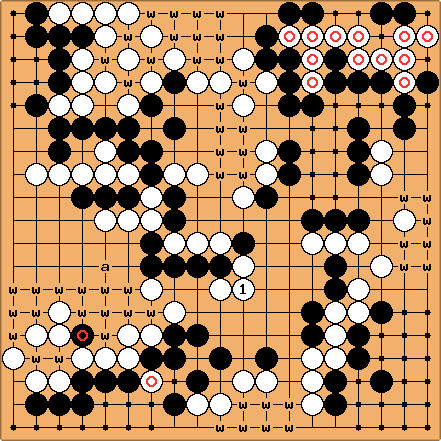 Sebastian: Excuse me, I'm only starting to learn Positional Judgement. Is this more or less what you meant? (Black areas marked with dot, white with w. Dead stones marked with ring.)

Gaius: Isn't it better to play the kikashi at 1 first? If black resists by playing 2 at 3, it does give him some additional center territory. But white 3 at A would then give white some territory too, and it would save the marked stones. 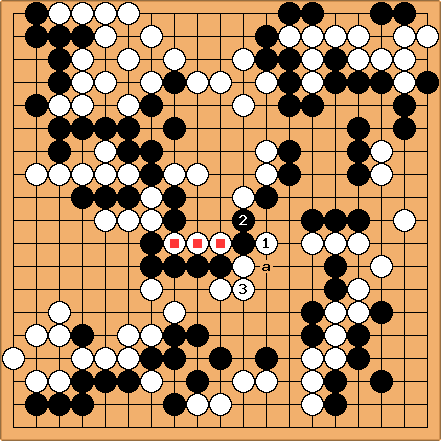 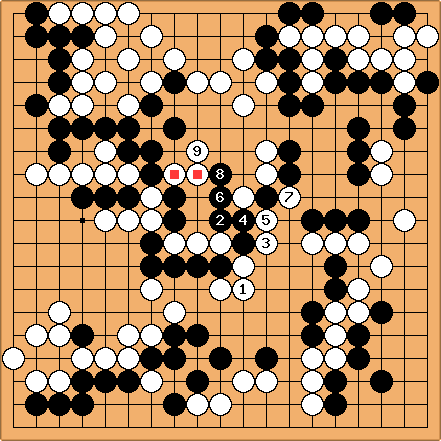 , I read out that the marked stones could either connect to the right or to the group above. 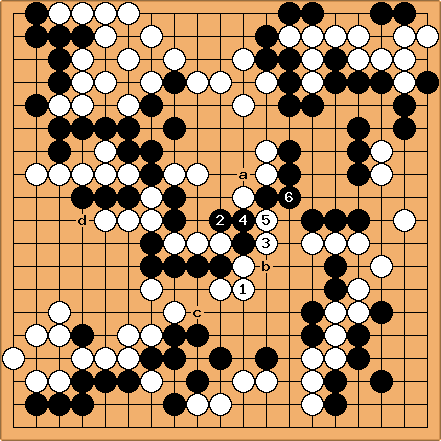 If black plays like this, white cannot defend both a and b without letting black get two eyes (or connect at c), so black has the option to live. This would seem to mean that black c is a serious problem for white. --Bass 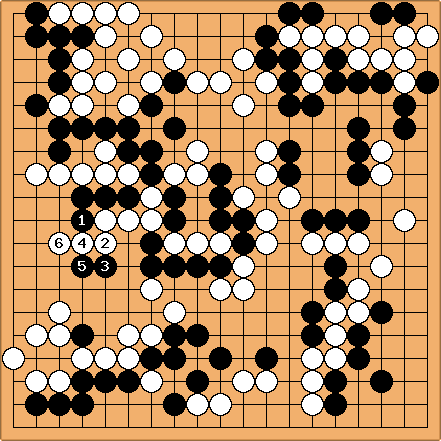 Chris Hayashida: Black attacks the lefthand side with

, the white group on the lefthand side is alive.

also prevents Black from making shape (and another eye) on the left.

It seems to me that

are pushing from in the wrong direction. If Black continued pushing at

ilan: I would play

which saves those stones and either captures the White stones between or at worst gets a sente seki, wiping out that White territory. In fact, that was the first sequence I considered as a Black response to your first move (actually as an alternative to the original Black move you were faced with). 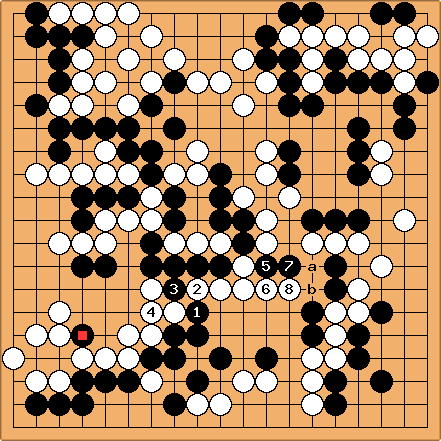 , A or B are miai to connect to the white group on the right. At the time, I was worried Black might use the aji of the marked stone to get another eye, or capture the 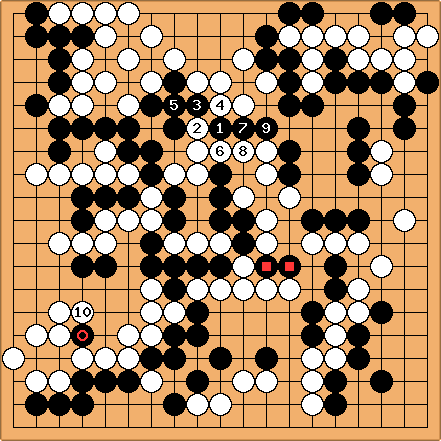 . However, I had already read out that I could connect to either the group at the top or the one on the side. Furthermore, the marked black stones are captured, so essentially all my groups are connected. Since I was ahead after

to eliminate the aji of the circle black stone. 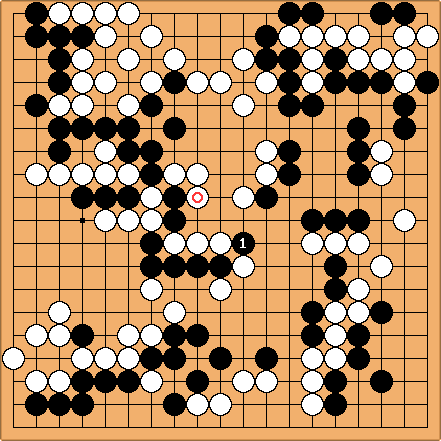 Yuri Albuquerque: as a begginer, I don't understand what's wrong with playing on the position marked by a circle. Anyone can explain it?

emeraldemon: actually, I think this discussion is wrong, and capturing the two stones is the correct play.