From a six-stone handicap game: 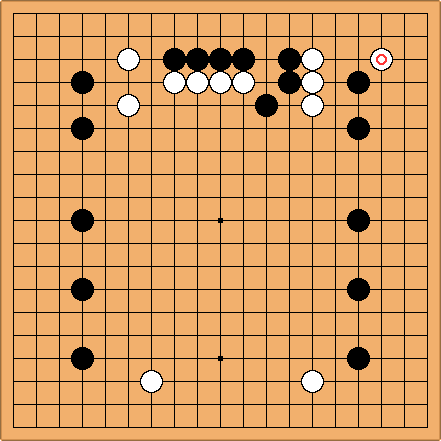 After the upper left was played out a bit, White just played the marked stone. What is the proper direction of play? 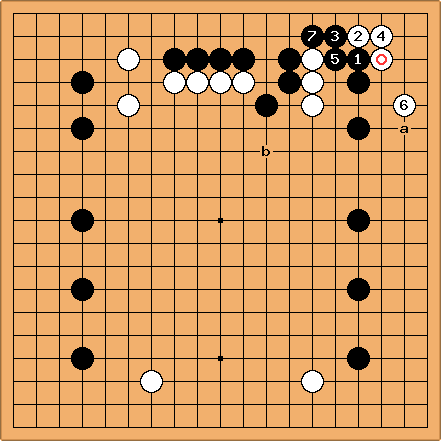 In the post-game analysis, I thought

was an important move. Black can also play "a" later to seal White in the corner. Looking at it now, it seems that Black might be able to play

and take sente, but then Black "a" would no longer work.

certainly looks good to me; white still has to make settle the corner with 6 and a play like 'b' looks a strong follow-up. You have so much fourth-line influence that giving the corner doesn't seem too bad.

Bill: This isn't really a question of the direction of play, which is a global concept, but of divide and conquer. Rich's suggestion is a good one. How about this? 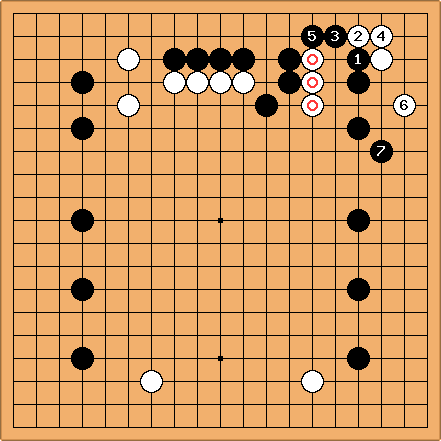 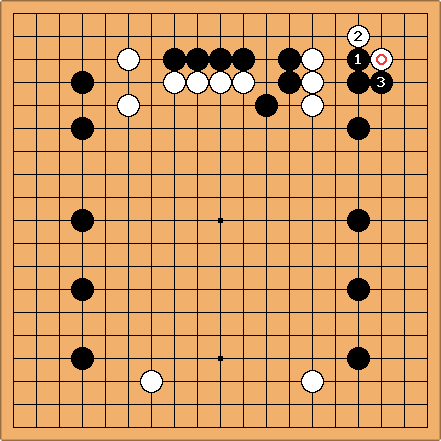 Someone else suggested this variation to take the right side of the board. 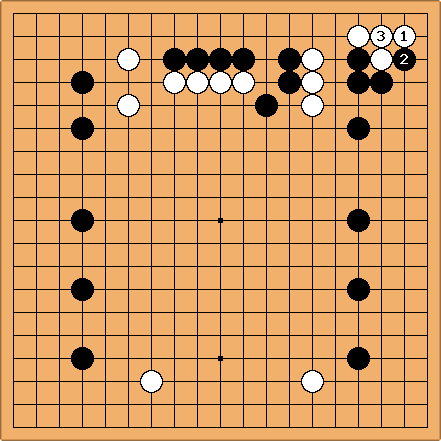 I assume this is the follow up. I didn't like this result as much for Black. It seems to me that Black is split in two in this variation, and that the other result is better.

What do you think? Or is there a better way to answer the marked stone?

Dieter: In this variation Black seeks territory at the right, treating the three White stones as being strong. They are not. Thickness prevails at this stage.