The Kobayashi Fuseki (Kobayashi Formation) is the pattern for Black shown below. It is named after Kobayashi Koichi who used it steadily at one point in his career. This fuseki has been actively played for some 20 years now ("now" referring to the year this article was first written, 2001). It is similar to the Small Chinese fuseki in that Black sets up a specific formation between the white corner in the lower left and Black's own open komoku stone in the lower right as part of a strategy for playing against a later white approach move there. It is an aggressive, fighting strategy. 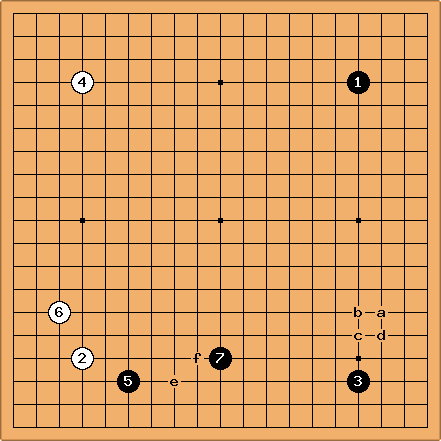 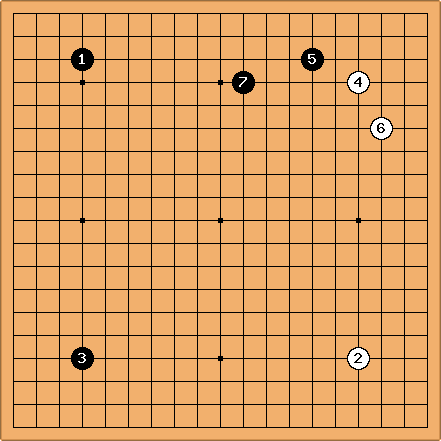