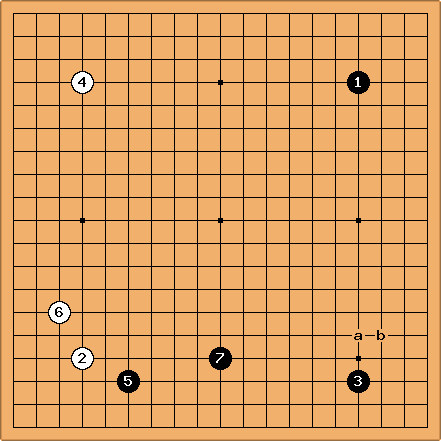 , setting up the Kobayashi Fuseki, KataGo evaluates this as a small loss (~0,5 pt). It recommends White to simply approach the lower right corner next, high or low. 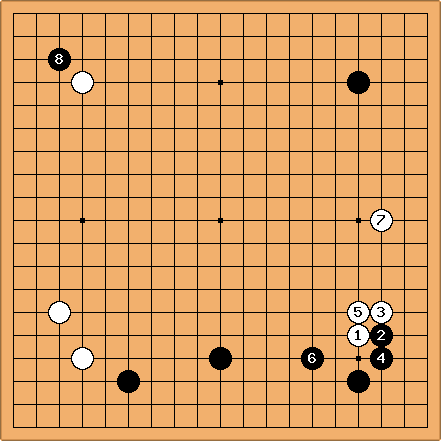 Although the Kobayashi fuseki is intended to lead to a fighting game, starting with a pincer, KataGo thinks Black can best play the common tsuke hiki joseki with the particular

, then use sente to 3-3 the opposite corner. 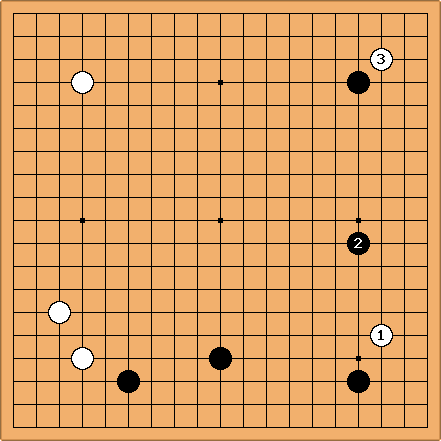 The low approach is met with a pincer. KataGo recommends White to leave the front and take the 3-3, since

has many options to settle. 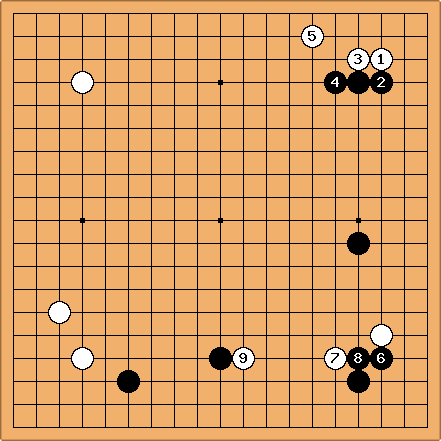 After the 3-3 invasion, Black takes sente to come back to the lower right.

are light moves to reduce Black's framework without creating a heavy group. 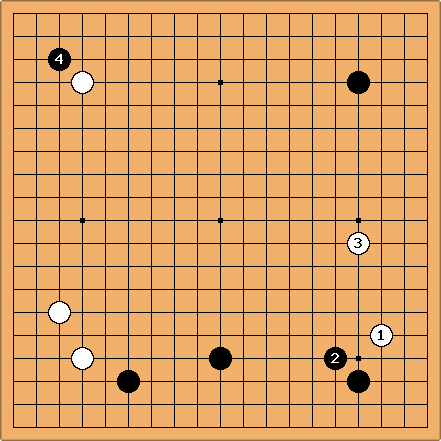 Another option for Black is to play the kosumi of

and then 3-3 the opposite corner after

Widest path for the Kobayashi opening 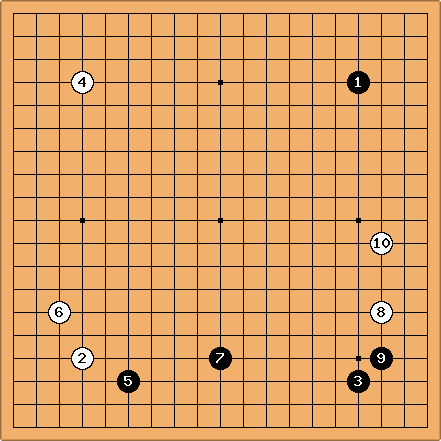 . KataGo slightly prefers the closer approaches, in particular the high one, as mentioned above. 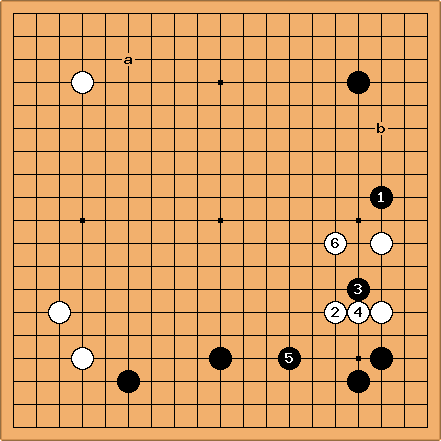 . KataGo (slightly) prefers, as expected, to 3-3 the upper left. Likewise, KataGo doesn't want to defend at

but 3-3 the upper right. Here the difference is >1 point. In other words, after the previous diagram, the right side is less urgent than the two corners.

The main branch of the widest path for Kobayashi ends with

defending. It then forks into the approach at a or the defensive play at b.

KataGo however has an aggressive suggestion for 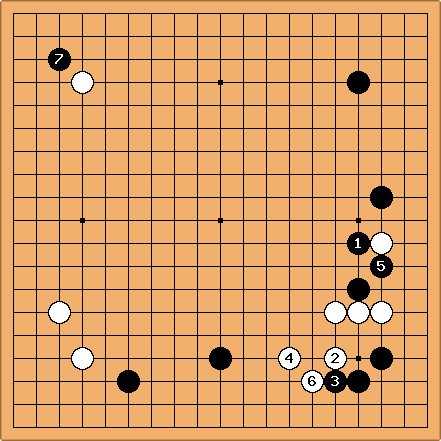 in the previous diagram is considered passive. Black gets sente to 3-3 the upper left and the game is level as well.