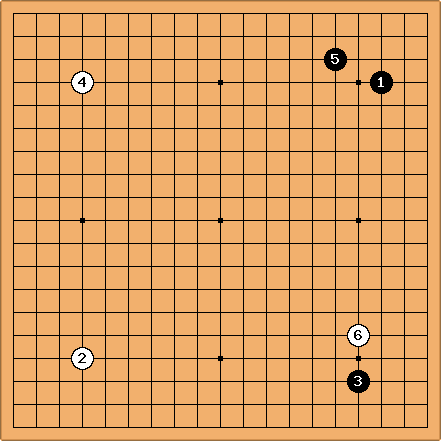 is one of the more popular fuseki's in use today. After occupying the four corners, there are two unbalanced corners on the board. Black plays an enclosure in one of them, and white then approaches the other one. 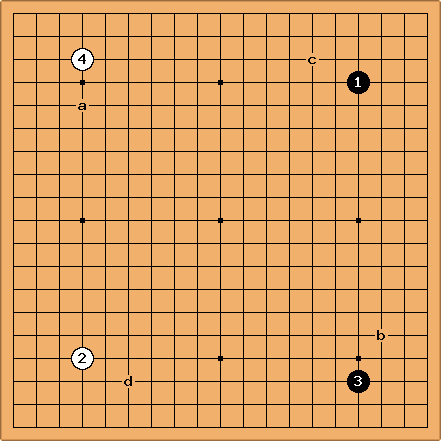 In this position, moves such as a and b would traditionally be preferred over moves such as c and d. (But actually, d is quite common nowadays: see Kobayashi fuseki. See also Chinese fuseki.)

Another very common situation is the Orthodox Fuseki, still popular in professional play: 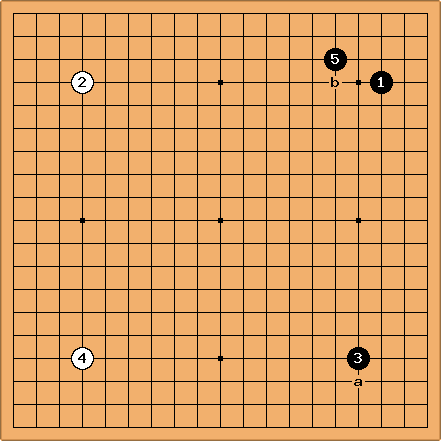 is often at a,

is sometimes at b. For examples of professional games where this occurs see 11th Nongshim Cup. Some other examples with early unbalanced corners: 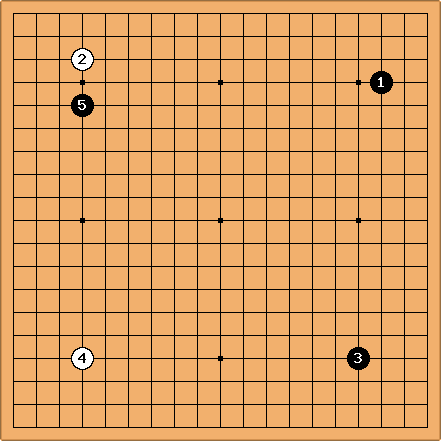 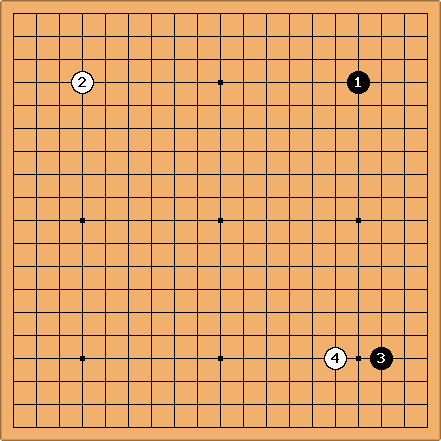