may also be a play at a against a White komoku at b. The placement of

is sometimes played one line higher. 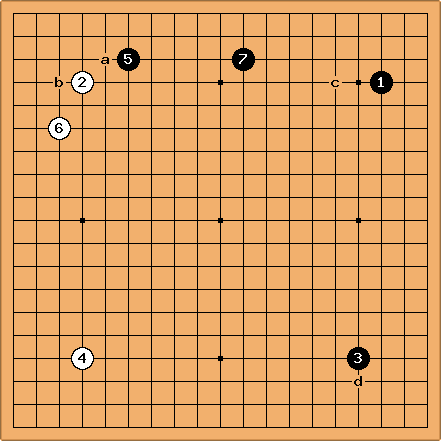 is identical to that in the Chinese Fuseki and gives the fuseki its name. Black intends to use the same strategies as the regular Chinese against a white play around c.

. (See Preferring to pincer.) Equally White can play 6 at c. An important difference between the pincer and the play at c is who gets to take the initiative in the upper left corner (see BQM 31 / Modern Double Kakari). White should make her choice based on which type of game she prefers.

Charles Matthews looked at the mini-Chinese in chapter six, "Adding Asymmetry", of his series at Mindzine

here and Josh Allen? introduced the mini-Chinese in a video 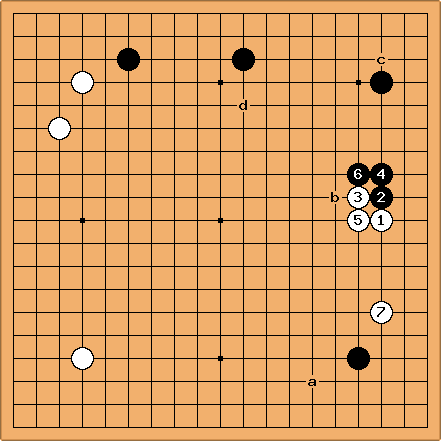 This is one possible continuation played around 2001-2003 by Korean players and then Chinese players.

is necessary, as pushing makes white shape collapse quickly. After

, 'a' and 'b' are black's options (there are almost no traces of other followups in pro games). White still has aji of the probe 'c', followed by a crosscut and cap at 'd'.

This sequence is also plausible when black has any large moyo at the top, not only the mini-Chinese. 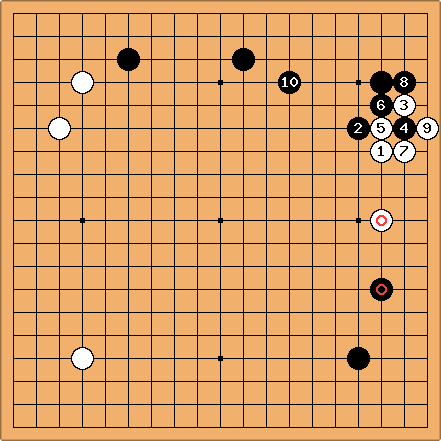 , boasting a win rate of approximately 51%. 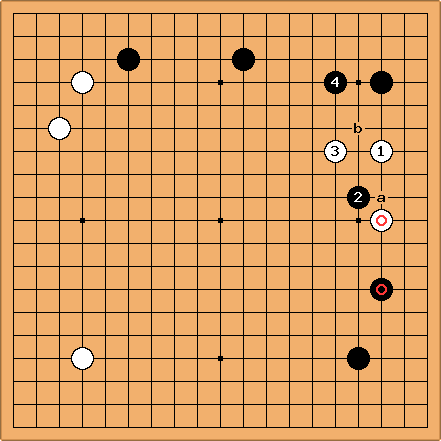 , boasting a win rate of approximately 60%. Compared to the previous diagram, if White responds to

@ a, then after Black plays b it's as though Black gained the free exchange of

In Weiqi Tiandi Issue 7, 2010, the misnomer "Korean opening" or 'Korean mini-Chinese' was used to describe Black taking a 4-4 corner in conjunction with the mini-Chinese formation and playing

in the opposite corner (see below). However, these opening ideas were seen in Japanese and Chinese professional games long before Korean. Furthermore, placement differences of corners opposite the mini-Chinese formation are simply subvariations of the overall mini-Chinese, and

with the aim of approaching

to prevent the mini-Chinese were also standard counter-strategies. (See 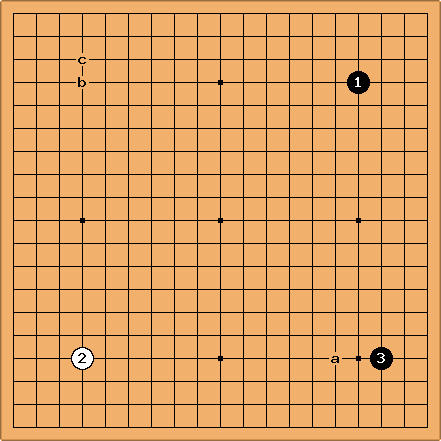 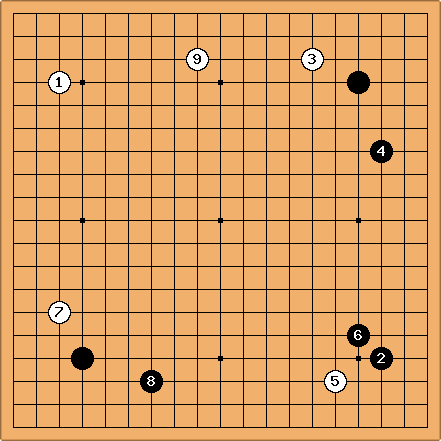 In this game from around 1710 Honinbo Dochi played a mini-Chinese on the top side against Aihara Kaseki.