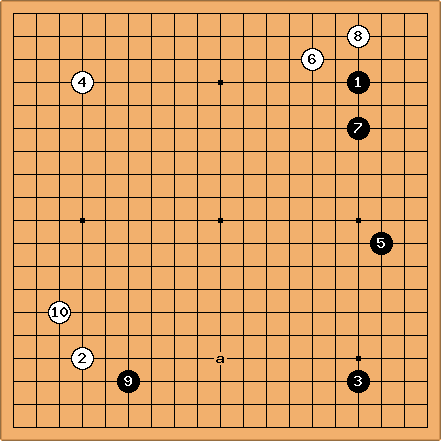 In this opening, Black starts with the low Chinese opening of

. Then he does not answer

to set up a Kobayashi fuseki formation at the bottom, with 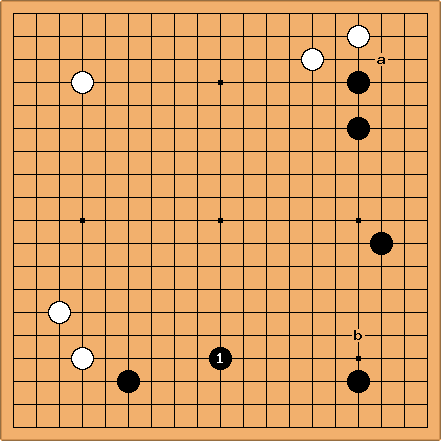 The Black formations combine into a formidable moyo which White almost has to invade. Simply "punishing" the unanswered

in the previous diagram, by grabbing the corner at a, will probably not outweigh Black's perfecting his moyo with b, although one can find at least a game between Cho Chikun and Yoda Norimoto where White did exactly so and won the game ... 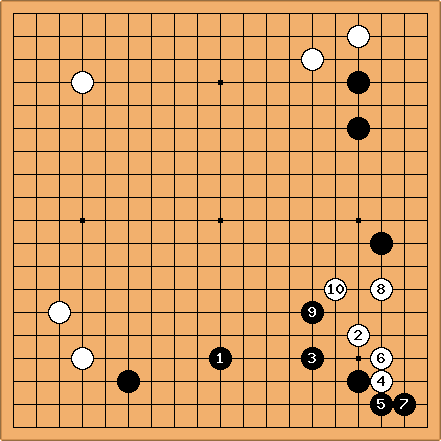 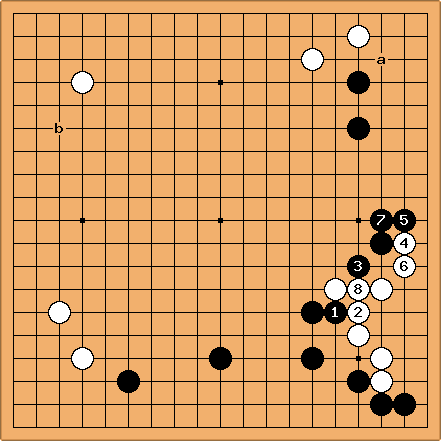 This is more or less a Global joseki resulting from this opening. White has settled her invading stones in gote. Black uses his natural sente to now return to the unanswered a, combining nicely with

, or move to the widest area with b, which can be considered more active.

One cannot help (at least at my 2d level), that Black's play is very natural and active here.

The AlphaGo teach tool viewed this position as a relatively good result for Black.[1] 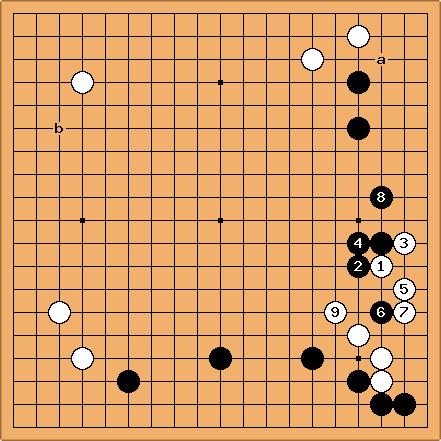 However, it believes that white's attachment is very good. 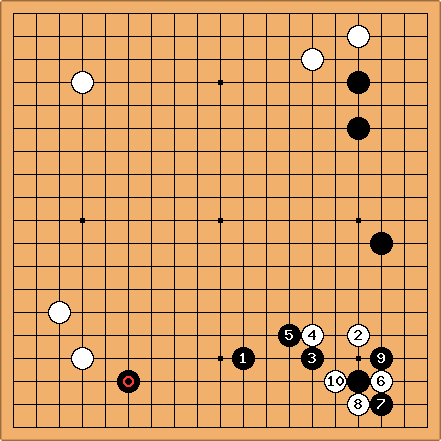 In the 2011 Samsung cup, Li Zhe defeated the formidable prodigy Park Junghwan. The variation used here by Li (Black) is

would normally be at

is already closer to the invasion than the standard pattern. One can feel the strong resistance by both professionals in almost every next move. The result of the skirmishes had White sacrifice the lower right, in exchange for swallowing

on a large scale as well.