This is a survey of some statistics for the low version of the Chinese opening. This has become a perennial favourite of pros, as well as being very popular among amateurs.

As with the sanrensei files, I'm using the Gogod database for searches (summer 2003 version). The notation comes from side patterns. Since the Chinese isn't symmetrical, I need to specify top and lower stones. Like this: 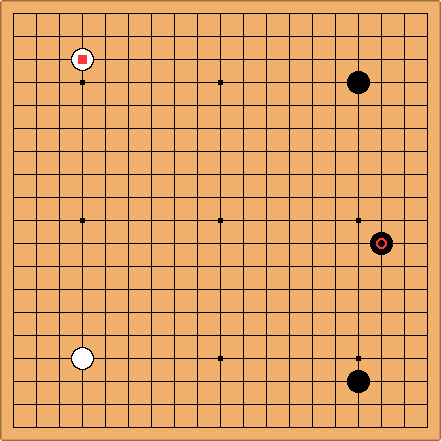 That is, here the komoku stone

is mentioned (pK) before the hoshi stone, because it comes at the top in the diagram in the traditional arrangement (Black's stones to the right).

Now for raw winning percentages for Black, in order:

Of course there are other patterns for White. For example H+oK: but then Black rarely plays a Chinese formation (only 3% of the time). The reasons for that are explained elsewhere (see preventing the formation of the Chinese opening). It makes sense to focus on a group of formations like the nine cited above.

This is very odd, in the games found. 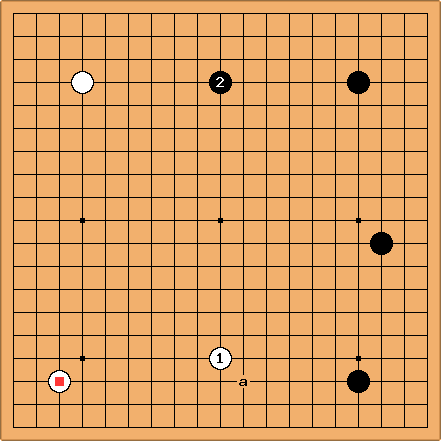 There must be a question mark about

) of continuation for White was doing well until Black played

A similar story to HS: 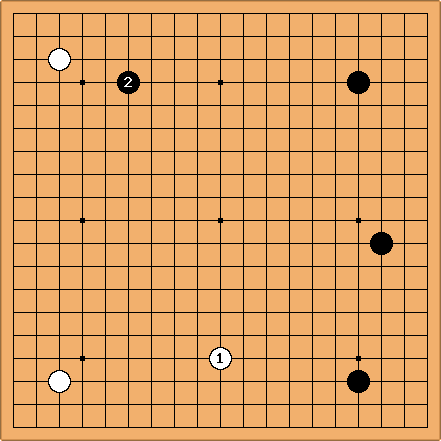 was evaluated as good for Black. 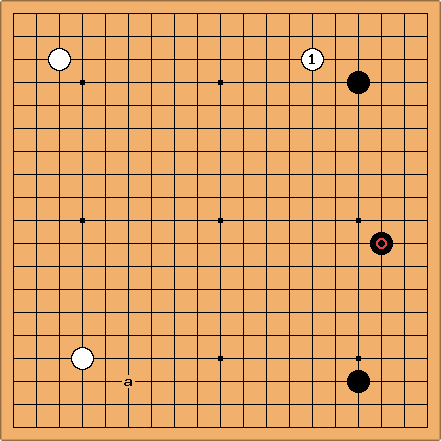 seems less successful than Black at a (leading for example to the Kobayashi formation).