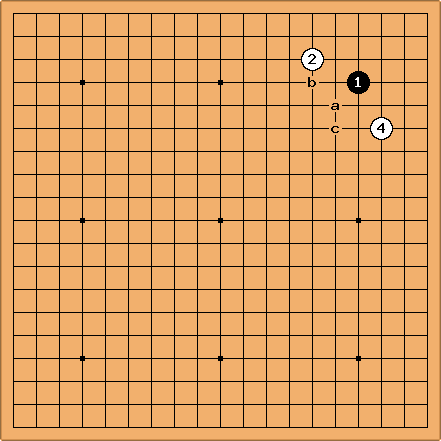 DaveSigaty: The original problem on BQM31 refers to Kogo recommending a as the preferred reply to the double kakari of

. In the game cited, Black actually chose b. Black b is certainly the traditional reply but I wondered what is actually used most frequently in this position in modern Go. I used the GoGoD CD and limited my search to games from 2000-2001. The results for the 81 games listed that featured the double kakari were as follows:

I searched with an otherwise empty quadrant out as far as the neighboring star-points so these games represented double kakari attacks on the black corner stone - rather than replies to a black pincer. 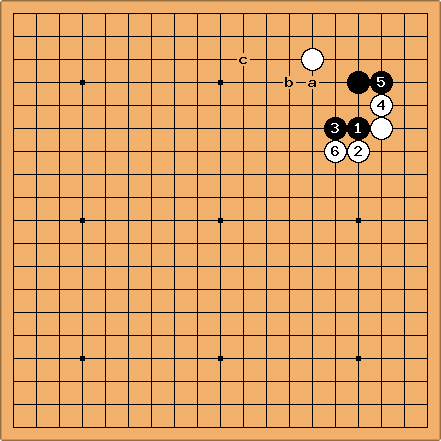 The most popular tsuke nobi variation proceeded through

in 21 games. Black replied with

is the most frequent continuation, appearing in 14 of the 19 games (White b appeared four times and White c once).

I was surprised at how frequently this double kakari appeared in the top pro games of the last two years. A quick review of the games showed that is mainly due to White's efforts to prevent Black choosing his favorite large-scale fuseki. 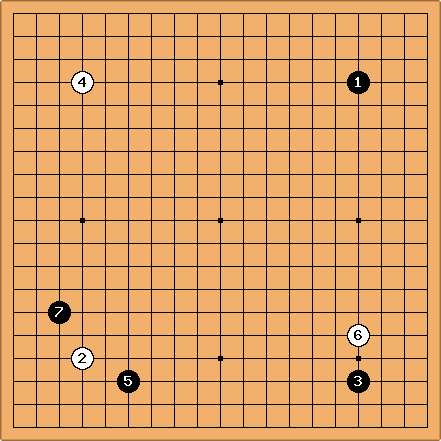 White plays to deny Black the Kobayashi fuseki. In this and the following example Black may respond to

before turning to the lower left. 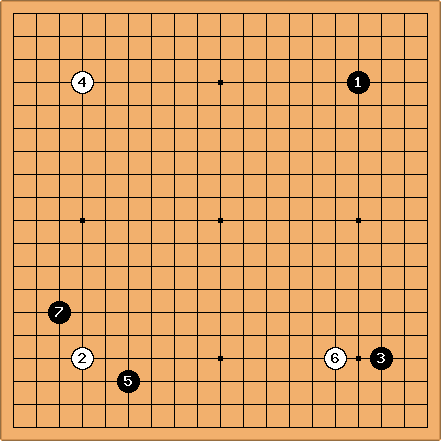