A four space extension, formed by two single stones, is not very common. Usually, extensions of more than three spaces are made from corner enclosures and walls. An interesting feature of these extensions, is that the opponent has no obvious invasion point: the number in between is even. We can distinguish the following examples: 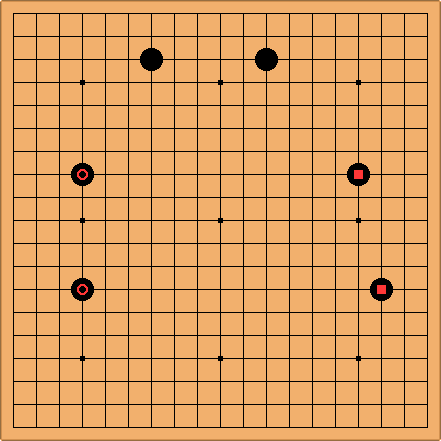 The unmarked extension is a low four space extension.

The circled one is a high four space extension.

Alex Weldon: It's true that these extensions are usually not seen very often in regular circumstances, but there are a few exceptions. One common occurence of the low four-space extension in modern play is in the mini-Chinese fuseki, shown here. Can anyone think of a joseki that includes/ends with a four-space extension? 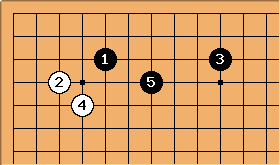 Are there any known approches or invasion points for this shape? 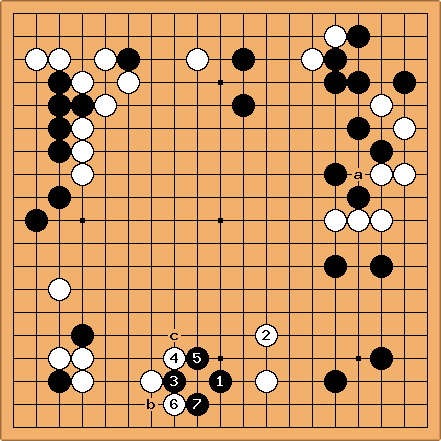 One invasion line, that leads to a ko. (In the game White couldn't afford the ko so she played at a, then Black played c because it was his turn not to be able to afford the ko at b.)