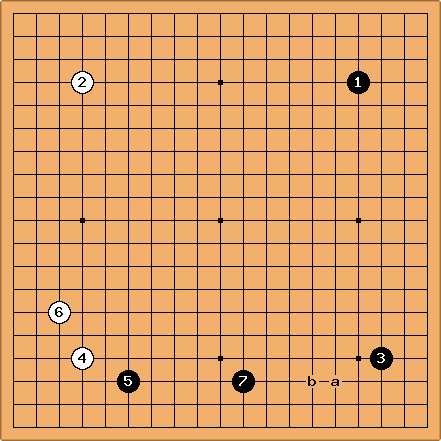 In the opening, AI have a preference for approaching 3-4 if possible (see Leela Zeros Opening Gospel. When

approaches to set up the small chinese fuseki, KataGo prefers a rather than answering at

, completing the Small Chinese, would be better enclosing at b by KataGo's account, by as much as 2 points.

, KataGo has White leading by 2 to 2.5 points, a 1 point improvement over the start of the game. 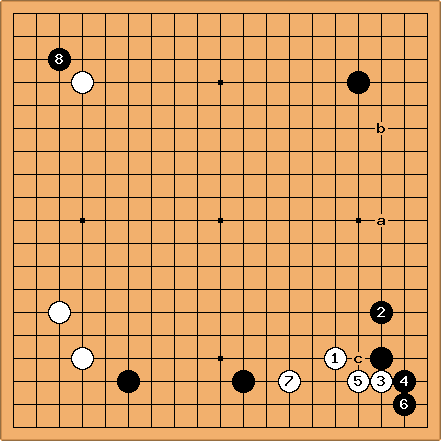 Waltheri has 749 games with the Small Chinese Fuseki and 14 next plays of which the vast majority (87%) wedges at a. The second choice by 9% is the approach at b.

or c, still approaching the lower right. The cramped settlement at

has been dismissed by professionals. Waltheri features one such game, where 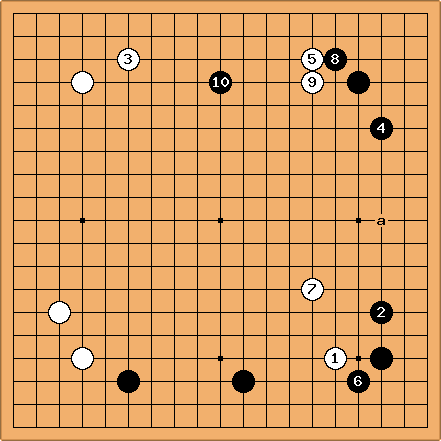 tenuki and the light jump at 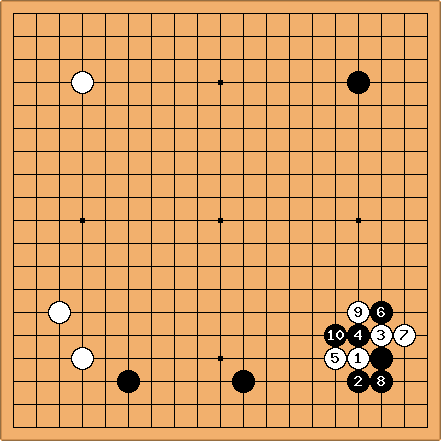 This sacrifice tactic is KataGo's main line of its 2nd choice, the attachment. 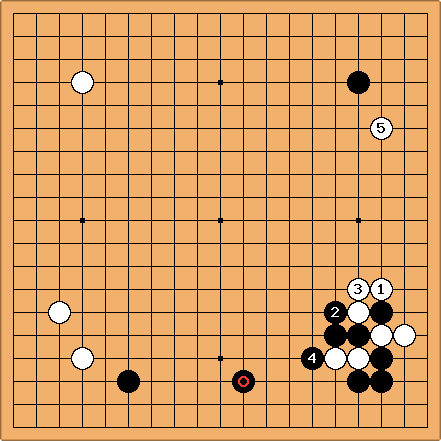 takes the initiative. The idea here may be that

is not ideally placed. 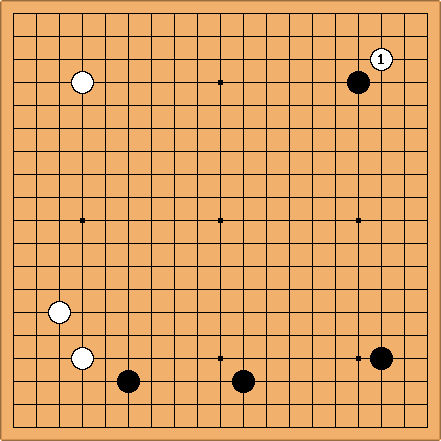 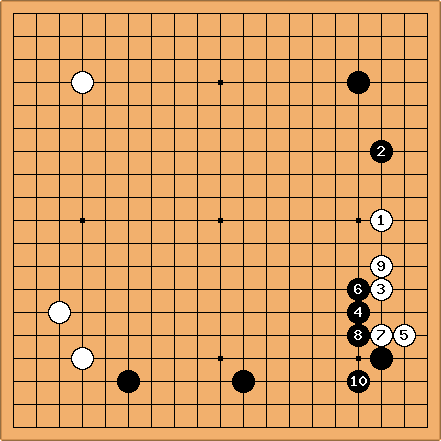 , Waltheri's widest path for the Small Chinese, is not in KataGo's policy and loses >1 point when evaluated. With

deviates (see below). Apart from

being a hanging connection here, 5 professional games in Waltheri follow this sequence. 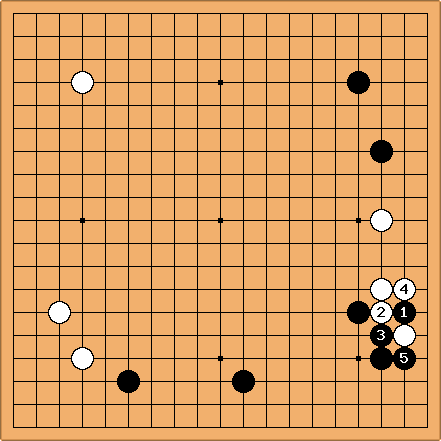 In the widest path,

sacrifices. But KataGo thinks this is a mistake. 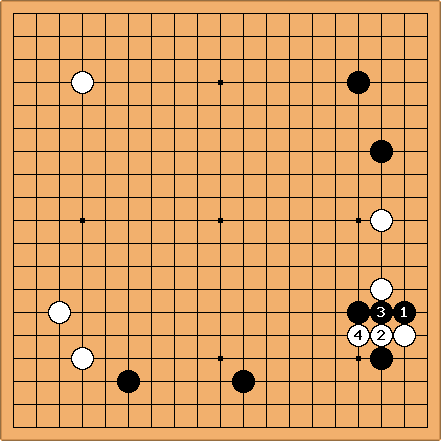 push through and this is ~2 points better for White. 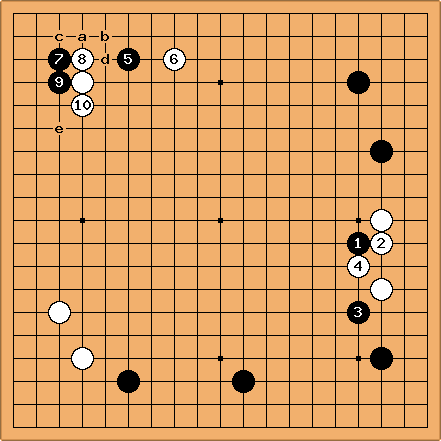 In the actual widest path,

forks off the main branch into a well known joseki up to e. 8 such games are found.

KataGo estimates B+2 in this opening, which is a rare fact for a standard opening. Gaining about 3.5 points from the starting point, even from

in this diagram, means White has made a number of mistakes. 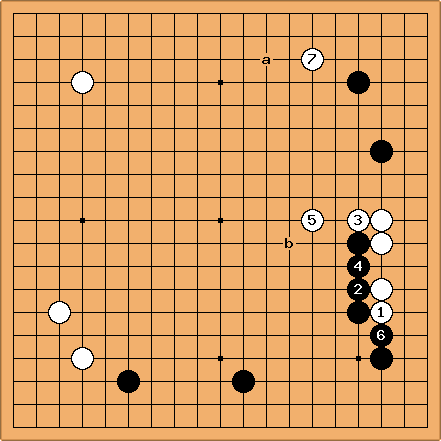 First, the bulge of

in the previous diagram is - surprisingly - considered a mistake. KataGo thinks it's better to push at

and sees this sequence. When

takes sente to approach the upper right, Black can answer in different ways. KataGo recommends putting pressure with the pincer at a, probably to keep sente for playing b.

Sente seems to be the key argument again: White's bulge (at

in the previous diagram) allows Black to play elsewhere. This fact alone makes for a 2.5 point shift, putting Black in the lead. 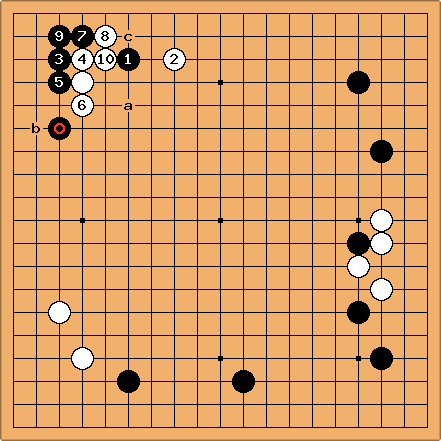 KataGo slightly prefers an approach from the other side for

(for reasons hard to explain for me). White's pincer at

is met with consent. Next, KataGo surprisingly doesn't recommend the 3-3 invasion but the jump at a. This needs more analysis.

is considered standard but KataGo slightly prefers the keima at b.

The small gains White collected during this sequence are annihilated by what has become a correction of a long standing joseki move:

. It has been discarded and most people (if not all pros) play