The term orthodox fuseki was coined by Charles Matthews to describe this kind of opening. 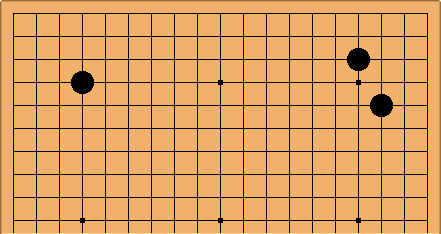 This formation with three stones shows a balance of an enclosure, for territory, and a 4-4 point, for rapid development and influence.

Black has often adopted this as an opening since the late 1950s, and since about 1975, when Black's default opening became the 4-4 point, it has never been out of style for long. 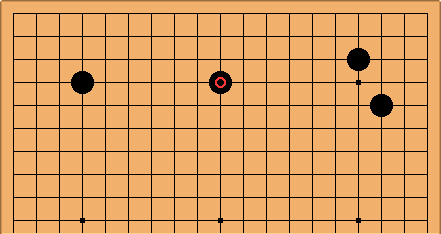 Black can get an ideal side framework by adding 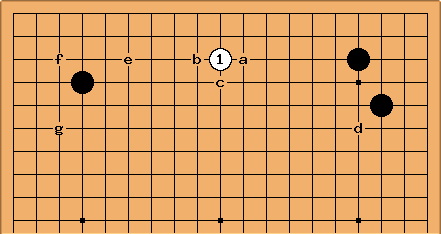 to limit Black's ambitions. White a is also a good wedge here; but White b allows Black a, working too well with the enclosure.

White d is recommended by Go Seigen. The approach at e was popular in the early 21st century, until AI came about with its preference for early 3-3 invasions, notably f. 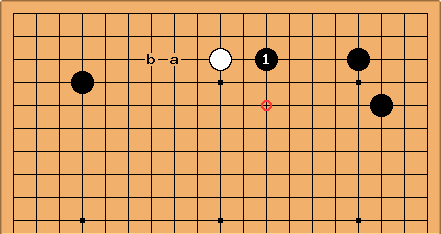 In most cases black waits for the development in other parts of the board to determine the direction of play. The most common local answer from Black is

The plays at a and b giving away the ideal extension from the enclosure are usually considered the wrong direction of play, but are played according to the whole board position.

Wrong direction? As we learned that one should generally "play from the weaker side." Why is this position an exception? Is it because Black cannot easily attack the White group, or is it because extending from a shimari is just a very high value play, even if it is not the optimal extension?

Firstly, both black groups are relatively strong. Secondly, the white wariuchi stone can settle easily and hence isn't easily attacked. However, extending from the shimari allows black to create a box formation with a move at the circled point, whereas a box formation is not that likely in the top left corner. 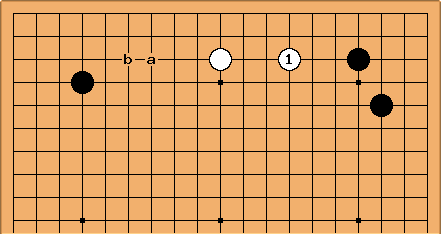 If white happens to come back first,

or the plays at a and b are likely to be seen.

This question is also discussed in The Great Joseki Debates (Debate #19): "each side has an excellent move when play pauses {on the lower side}. Black wants to extend to

in {Diagram 1} to expand his corner position. White wants to play

in {Diagram 2} to reduce the influence of Black's corner enclosure while at the same time stabilizing his own stone. Since the difference between {both diagrams} is considerable, both sides will try to come away ... with sente." 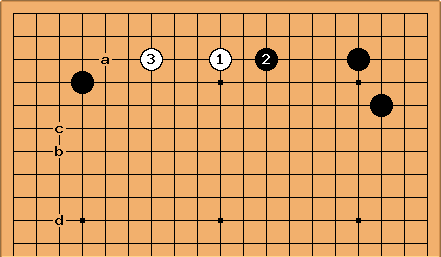 Black answering at a or b to be expected. The plays at c and d are also possible.

For further discussion see:
BQM 383 (detailed discussion),
BQM 205 (about the stability of an isolated white two-point extension in a not so different situation) 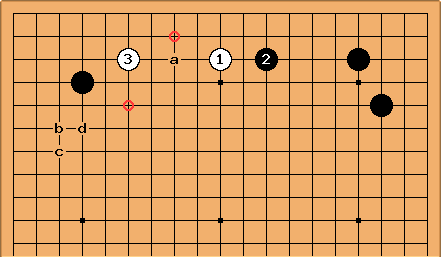 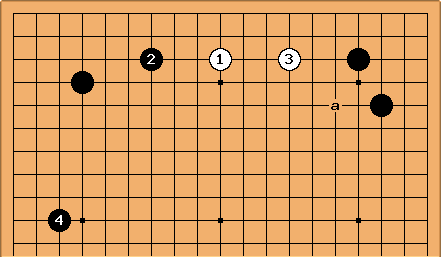 Continuation of Follow-up 2 after invasion 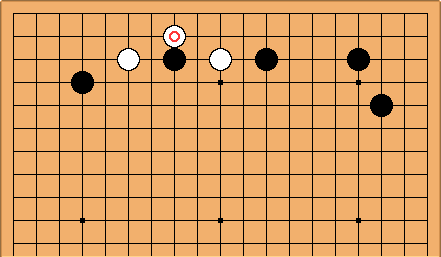 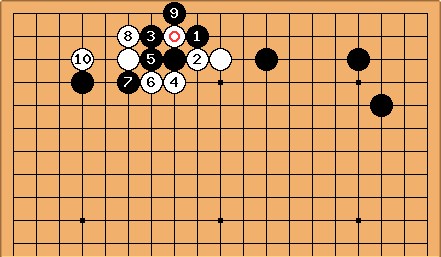 There exist some games with this opening (e.g. Cho Hun-Hyun vs. Lee Chang-Ho). 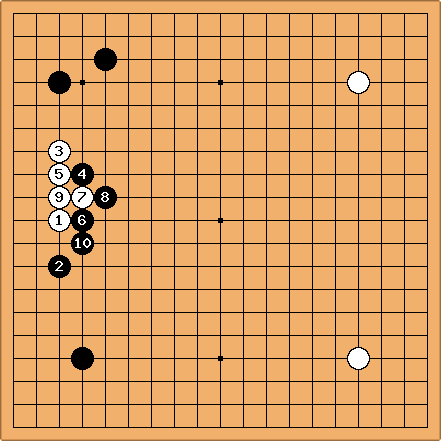 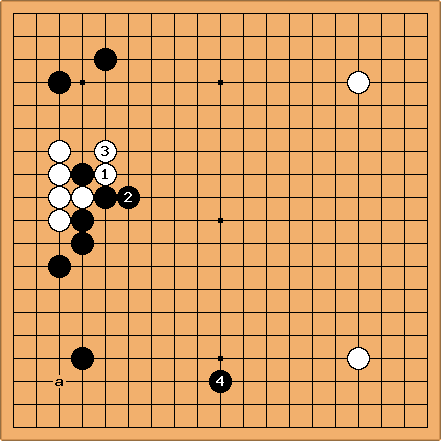 Since Black is already very thick, White will usually invade at a next.