After the Orthodox Fuseki, the approach of

instead of wedging in the middle of the side at a has grown in popularity recently. 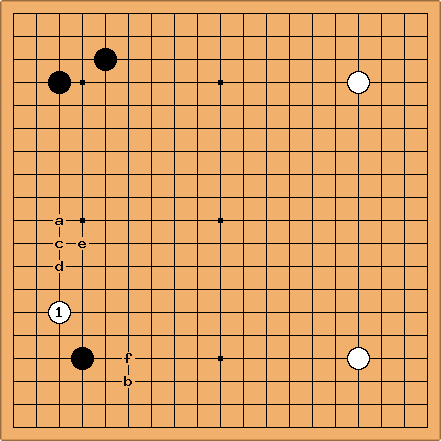 The most recent games with

are from the 2010 BC Card Cup where Lee SeDol played

at e in two different rounds and won both. Guo Juan has an audio lecture on round 1 and an "opening" lecture on 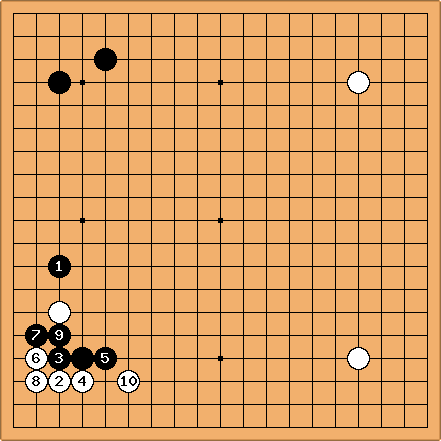 It is natural for black to pincer to develop the side. The one-space pincer is the most severe and encourages white to enter the corner. White goes along with black's plan and black feels happy for now. 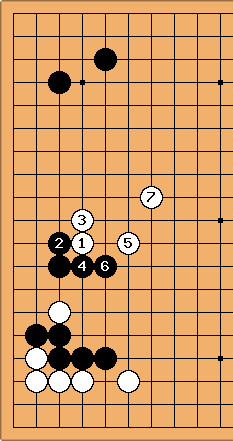 However, white has a plan for later with the very nice reducing shoulder hit at 1 here. Notice how black didn't get many points with his wall from the pincer joseki (he is overconcentrated), and white's reduction group now has good shape in the middle of the left side preventing black from developing there in front of his shimari. 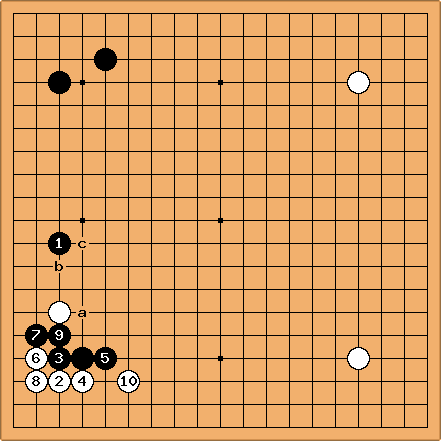 Therefore black often plays the two-space pincer in this position. This pincer used to generally be frowned upon as white's initial approach move still has a lot of aji and it is too slow to spend gote to fix at a. One common way for white to activate the aji is to play b. However, in this situation black just stands at c which works very nicely with the shimari above to develop the side. White can then run out and there is a running fight between white's group and the black wall below, but as this fight spreads black is developing the area above the c wall. 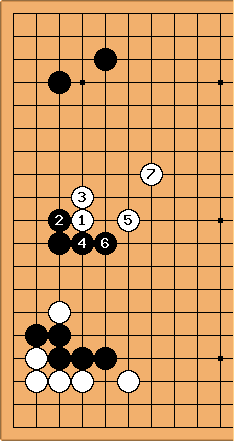 With the 2 space extension the reduction sequence from before is not as good for white as before because black's territory is one line bigger.