more often played against me. I'm unhappy with my results as black so far. Questions: Which important variations are to consider, how to evaluate the results in the variations given. 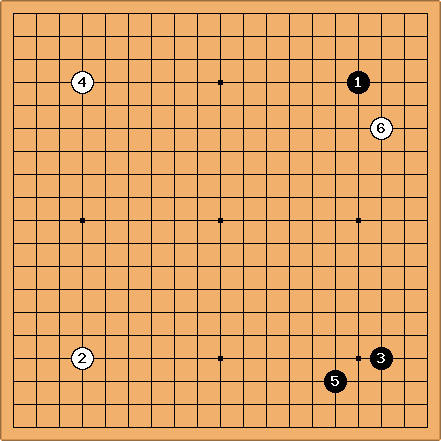 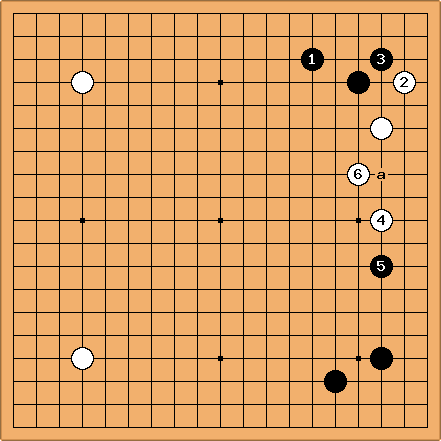 , Black can invade at a, after which the

exchange becomes a loss for White (I think). 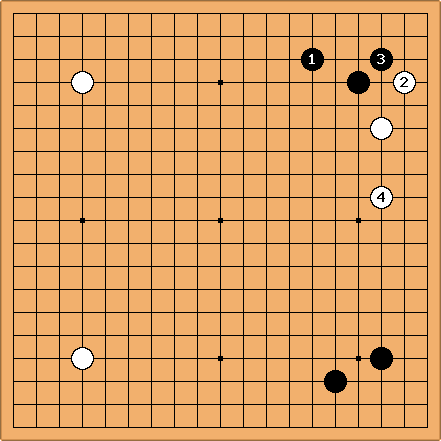 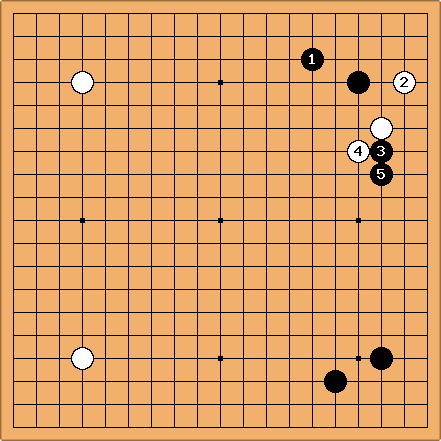 Tapirs kyu analysis: Cont. I and II are a bit submissive, because of

. Especially in Cont. II the lower right corner enclosure is hurt by the stable white group in front of it. Cont. III looks better for black (but it is so violent early on) actually I played the enclosure etc. to make my opening more calm and understandable, but this is probably a misconception. How would you play?

Note: I was very impressed with White in Cont. I since fellow SDK seldom defend their groups like this. (However in the actual game black took the side later, and white the corner.)

Dieter: cont III is the pro continuation (gobase search only). You are right about

in the others being submissive, it seems. Yet it is submissive for an account of max 2 points, I think, so if you want a peaceful game, then those continuations perfectly fit your intention.

Tapir: I'm very impressed by numeral values for such early plays, especially since it starts a somewhat violent line and the actual outcome depends on the fight to come... I have no idea how to come up with such values. 2nd thought: as a 4/5 kyu up to early dan grades I may allow for such 'inefficiencies'.

Dieter: Hmm, I'm not saying the end result will be a small margin, that depends on the rest of the game and whether one goes all out to avoid a 2 point loss. I just think that almost balanced results which have however a submissive feel cannot represent much more than a 2 point loss. I don't think any 5d amateur can confidently carry Cont. II to a victory based on this result. Maybe the chances become 55-45. Is that more likable than "2 points"? 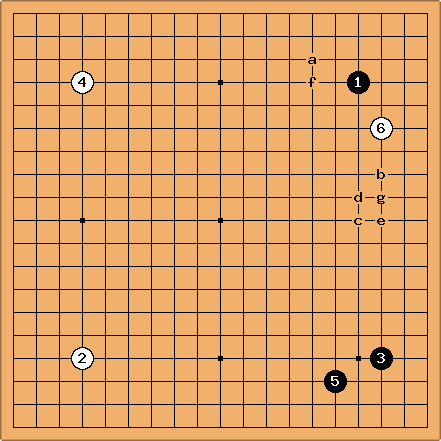 Myself I would play one of the large pincers, presumably the far high one. I'm an influence oriented player, even moyo-oriented, says Dinerchtein's test at go4go.com.

Tapir: The test says the same for me, I wondered, because I thought I became more territorial lately... 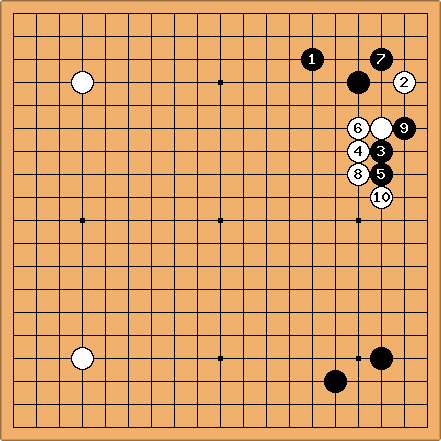 12 games for this continuation only. 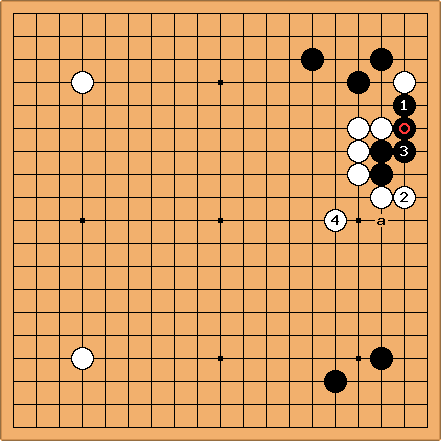 Remarkably, all games follow this apparent one way street. Then Black proceeds at the left side. Maybe this allows to speak of a Global joseki? A few games have a i/o

in this position, to cooperate with the corner enclosure while sacrificing the two stones.