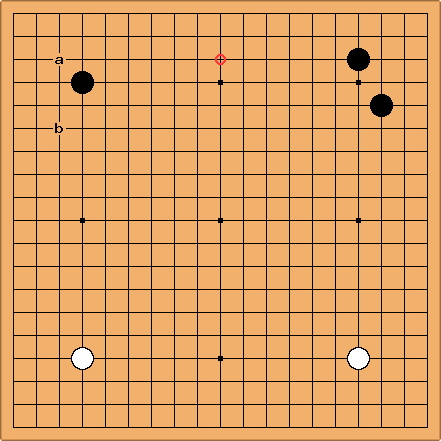 Black's formation at the top has been coined the orthodox fuseki. Instead of the traditional wedge at the top, which already had fallen out of grace with modern professionals, AI like Katago prefer a move in the upper left corner, either an early 3-3 invasion at a or an approach at b. 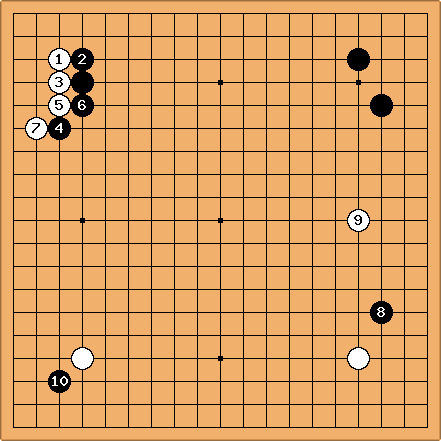 takes sente to approach the lower right. The pincer at

and the invasion of 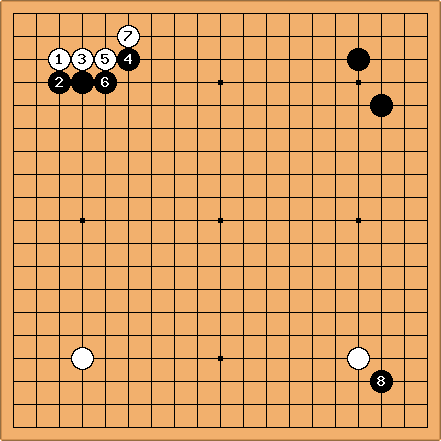 KataGo features a variation where

blocks the other side, then 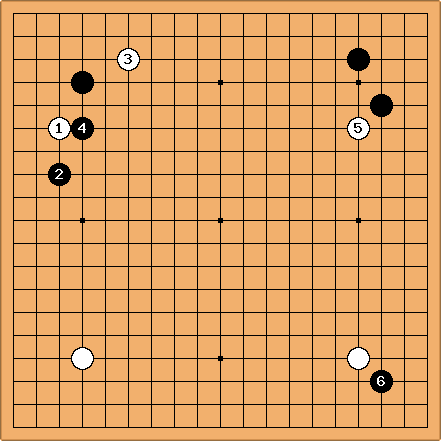 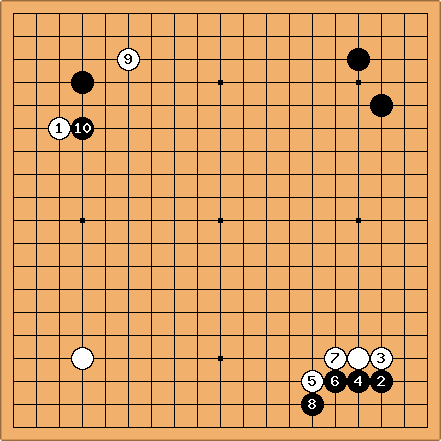 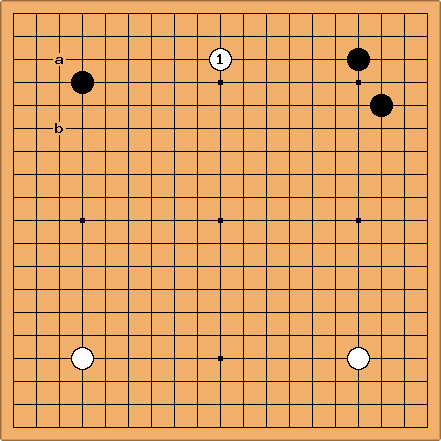 The wedge had already fallen out of grace with the pros. By KataGo's evaluation, White loses >2 points with respect to a or b. Black's response this early in the game is to invade any of the two bottom corners. 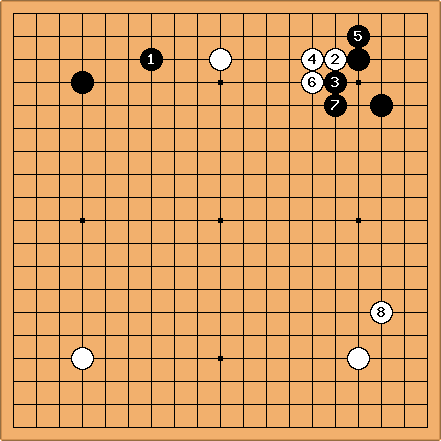 If Black responds locally, it would be from the left with

. White, instead of making a two space extension or three space extension, would play the (novel? -- Old fashioned.) attachment to an enclosure which AI often have on their radar. After

, White can turn elsewhere, possibly at