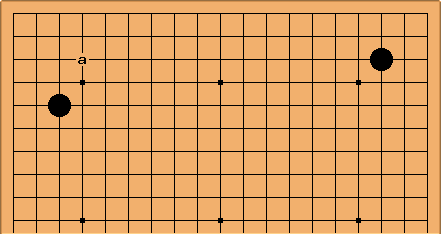 This is one of the less common side formations. If Black plays next at a the corner co-ordination of the resulting 'sub-orthodox formation' is reasonable (not great, perhaps, compared to the orthodox fuseki). 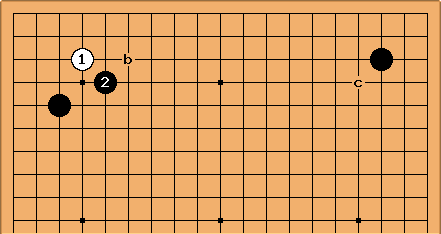 here, the co-ordination isn't brilliant if Black plays, for example, the pincer b. Black's chances of a framework on the upper side are limited by what White might do with the shoulder hit at c next. Black at b looks like the right type of idea with a 4-4 point in the right-hand corner.

Cho Chikun's play, in a number of his games, is to press with

. This then assumes that the right-hand corner can take care of itself. In playing the press one has to bear in mind some large-scale variations leading to a pushing battle. See pushing battles in joseki 5.

Thinking of the other arrangement, we get a formation rare in pro games (tried out a few times by Sakata). 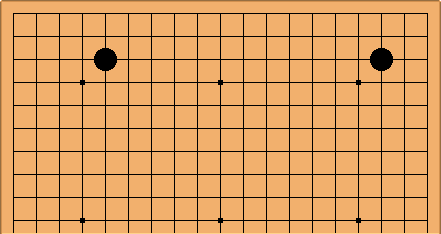 White can easily ignore this side. 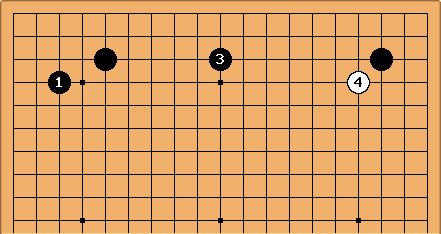 The reason is that

keeps the side territory down, even if Black uses

to build up a framework.