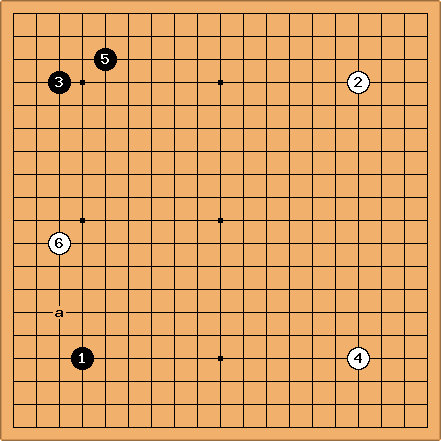 With two stones on the opposite star points, White should try to avoid getting shut in on the left side. However, is playing on the fourth line in between a shimari and a star point advisable?

In the actual game (8-9 kyu) the move was not answered directly, White followed with a later but ended up far too low and enclosed.

This position is now discussed on Orthodox Fuseki - The Wedge.