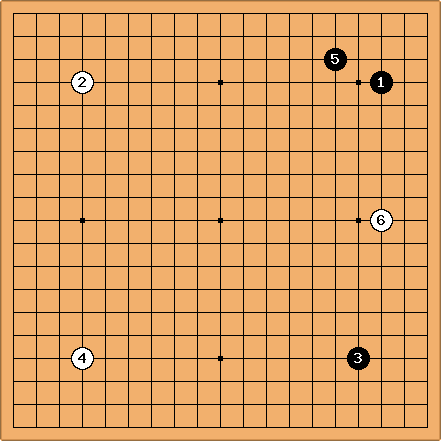 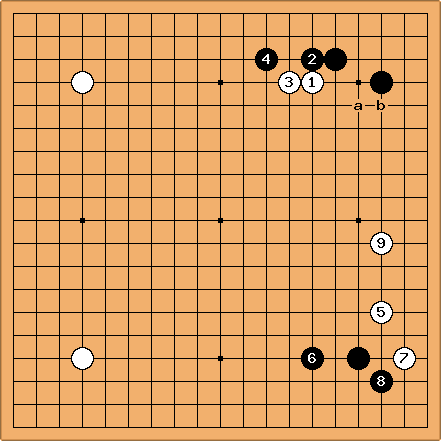 He says that White must play the shoulder blow,

? Double-purpose play: pincer and take this very interesting point of the Orthodox fuseki.

is relatively uninteresting because Black's framework is already compromised. 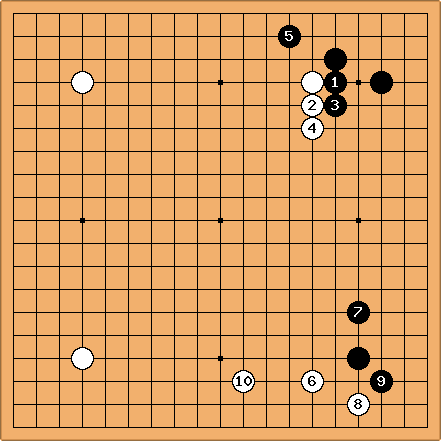 If Black replies this way, after

Go Seigen says that the right side is uninteresting, and says White should approach from the bottom ( 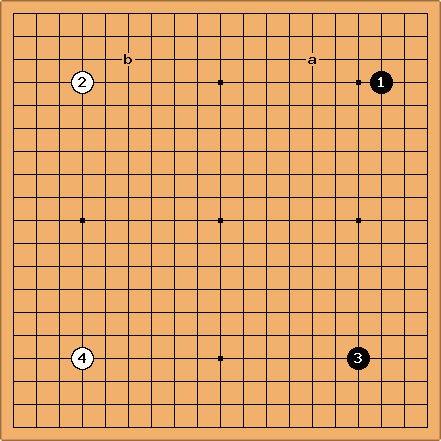 To avoid the shoulder blow, Go Seigen recommends that Black play at a or b. 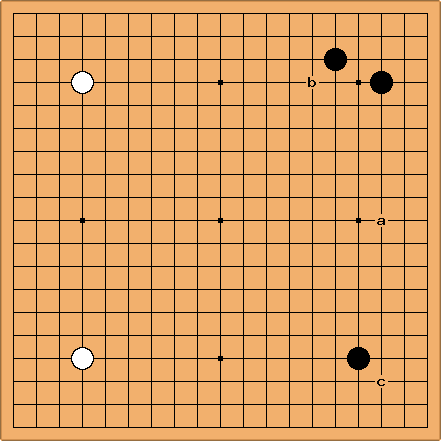 In short, the wedge would lose 1 point here, the shoulder hit 1/5th of a point, on average.