A 'group rengo' game where everyone may play. Please place your moves both in the diagram below and the numbered diagram further down. See OngoingGame for further explanation.

Can we improve the quality or interest of these rengos? I've put some thoughts on ImprovingSLRengos. -- MortenPahle

Could somebody enlighten me as a complete beginner, please? It seems to me that there is not a lot of point in playing on from this position. It all seems pretty cut-and-dried. When I play, I'm used to losing by really BIG margins. Have I missed anything exciting? Thanks. -- Geoff

HolIgor: There were some exciting moments in this game. Look at the comments. About the really big margins. As soon as both opponents learn to avoid blunders and make reasonable moves the margins tend to decrease. On the level of 1st kyu 10 points is a very large margin. But, of course, some game involve complex life and death or semeai. In this case the win or loss is usually by resignation.

Geoff: This was the crucial point I missed, thank you Arno. I am afraid that I assumed that Tedomari was someone's name and he was about to play next. Looked it up now. Sorry. 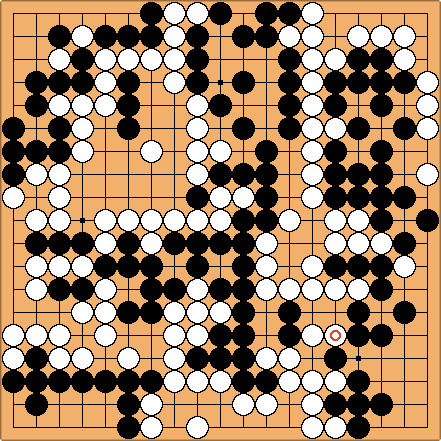 Discussions to continue below. 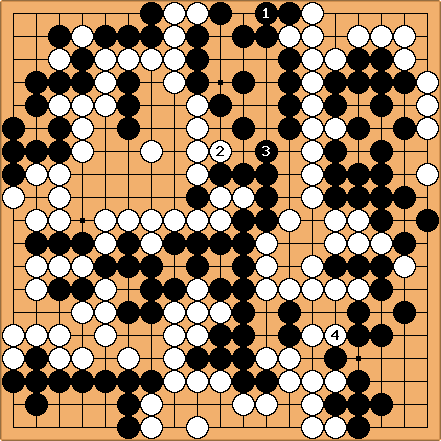 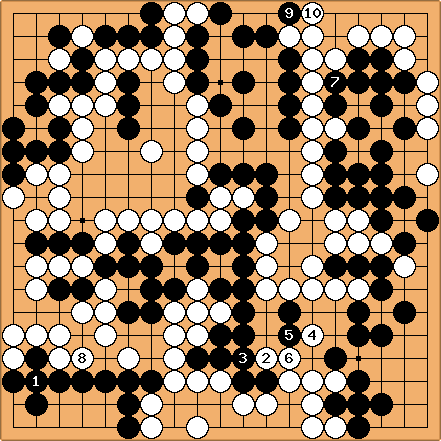 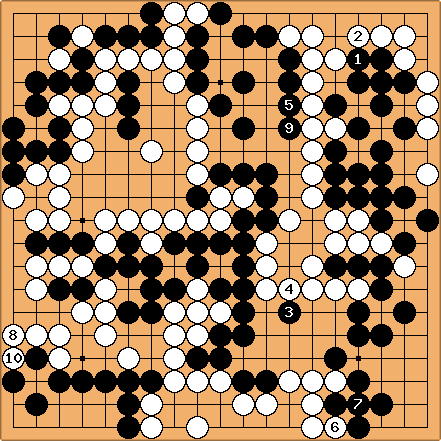 DaveSigaty: B225. One point in reverse sente.

Dieter: Holigor and Agt, B221 is sente and no way you can be wrong about that. The question of playing one point sente, on the other hand, is whether you want to lose a ko threat. But here I could be wrong ... 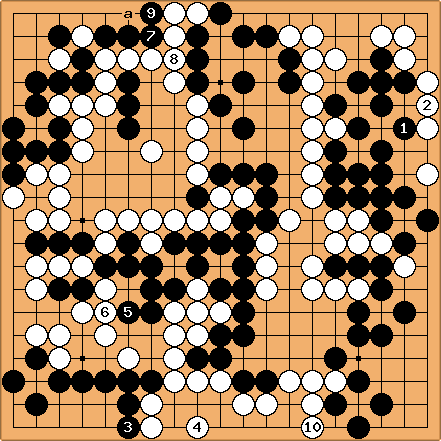 HolIgor: B215 was played on a dame itself but prepared a follow-up worth two points sente. If White played at the same point she could increase her score by a point. Therefore the move was worth 1,5 points.

White's defense saved two points. A move at a takes three points of territory from Black, so the value of the move is 1.5 points miai. Was it larger? -- dnerra: I think a was worth 1.75 points. But White 216 still seems larger to me (it that is what you were discussing.) 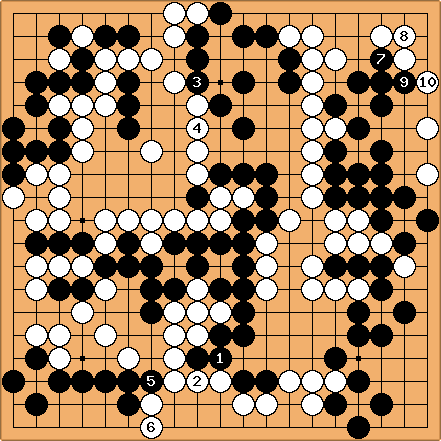 dnerra: Ah, then I could have dared to play there without spoiling Dieter's plans - this is what I would done about BlaCK 195, too :)