I was up late at night thinking about the choice of moves for Black in the game. Just as I was completing my work, a lightning strike outside took out the power, and all was lost. Hopefully I've remembered most of what I was thinking at the time 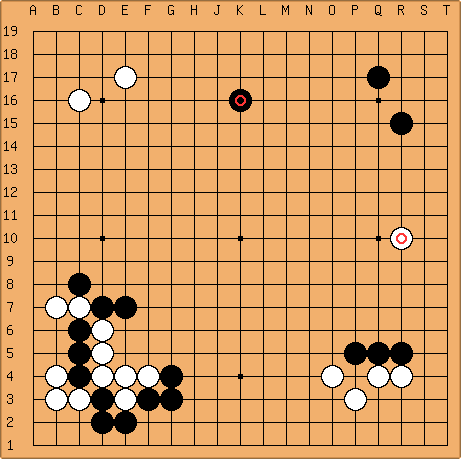 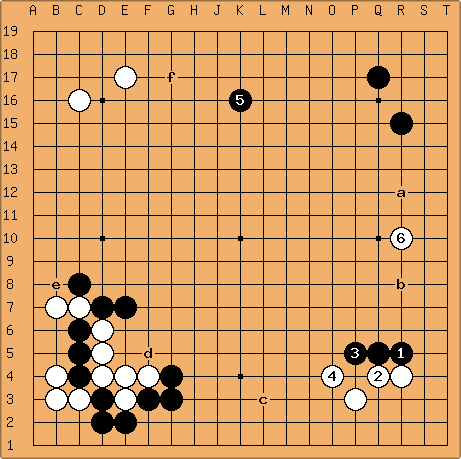 Black 35 is a good move. I was thinking that lower third line would be better, but after evaluating how the fight will develop in the middle or on the side, high feels right to set the stage for turning the top right into a big moyo.

White 36 jumps in and now we have the question of what to play next for Black. The actual move played in the game is a. 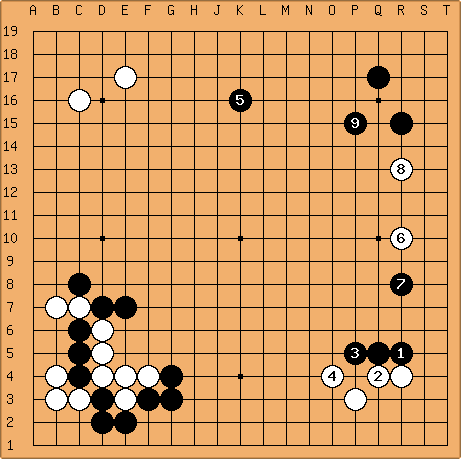 If Black plays b, then White extends in front of Black's shimari, and Black 9 seems important or White can easily ruin the area and settle his stones. While Black remains weak in the lower right. 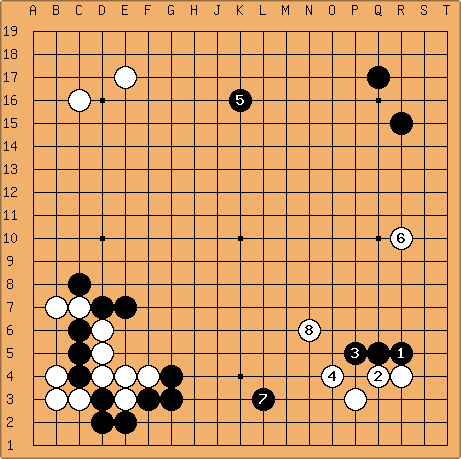 Black 7 is huge! If White gets the point around here, then it's sente: if Black ignores it, White can initiate a risky attack that will cut Black down to only one eye. But big as it is, White 8 starts to swallow up the black stones and makes White's game easy. 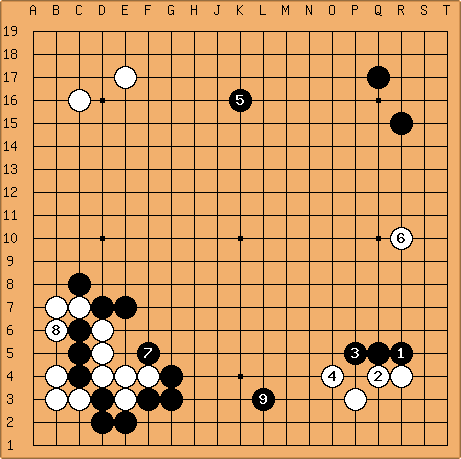 Black 7 is very big, and I think the proper next move for Black. Not only does it create thickness in the middle, it helps the three stones to the right, and takes territory at the bottom. 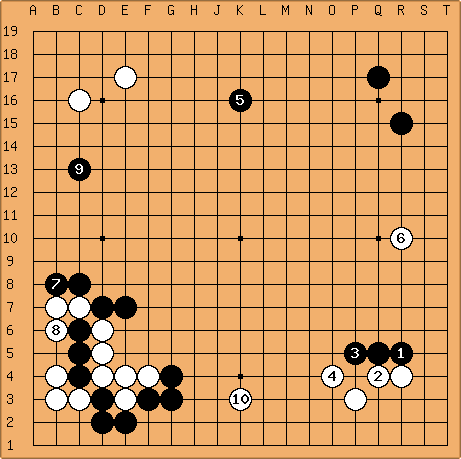 Black 7 at e is also sente, but I think it's the wrong direction. Black can't make thickness in the center any longer in sente and has to protect the left side. Which leaves the right side and middle open to attack for White. 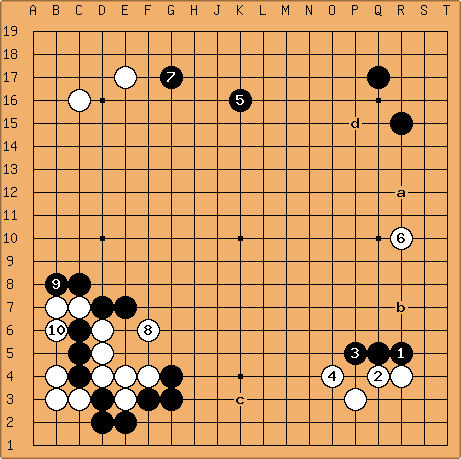 Black 7 here at f lets White jump out into the middle. Black can take his forcing move on the side since his forcing moves in the middle are gone. But he can't follow up on the forcing move and Black will have trouble on the left side. If Black plays a in this diagram, then White b is very severe, as the black stones don't have anywhere to run now. A white move at c will take even more profit in sente and really harass the three stones to the left. Black 7 may look good but I think it's completely the wrong direction of play. White even has d to reduce the top right

Those were my thoughts at the time. I hope I remember them correctly. If you considered another avenue of exploration that I missed we can chat about it.

AvatarDJFlux: Your thoughts are very similar to my analysis at that time.
For instance I agree that playing in the upper left area may be a mistake, or at least non-urgent, as you have miai plays there: 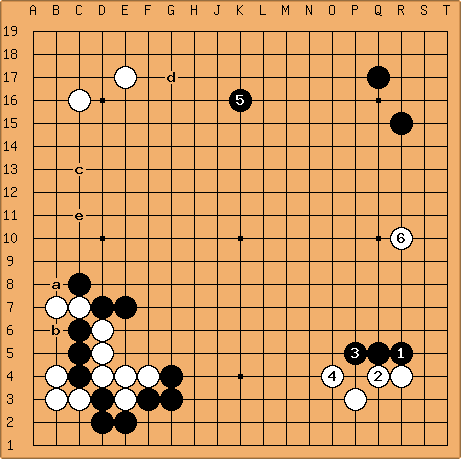 If I exchange a for b and then extend to c, you could simply take d. If I play d you could simply extend around e. I think that all these moves are big, but there are no elements yet to decide which is bigger, so I discarded them.

You suggest 37 below as the proper move: 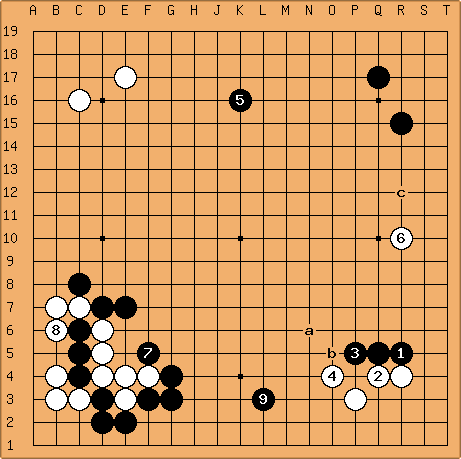 But the extension to 39 here is the same (except that Black 37 has been exchanged for White 38) of the diagram before this one in your analysis above.
Then what if White plays as you yourself proposed, by playing a, or even worse in my humble opinion at b?
After all, I thought that playing where I played (c) developed a big area of mine (maybe bigger than the one in the lower left) while putting a little pressure on your White 36. The proposed Black 39 in the diagram right above develops a (perhaps smaller) area without putting any pressure on you.
Both moves somehow endanger my three-stone wall, but the one I choose gives them a role (a dangerous wall??!!??), while Black 39 here does not use them in any way.
What do you think?

JoeSeki The difference between Black or White playing around 9 is about 20-30 points pure profit. That's huge! The sequence that lets Black get those points also builds thickness in the middle which will help the left side. I still think this was the way to play at the time.

I also think White a is more severe than White b. White 'a' looks like bad shape to me. The corner stones have some cutting points that can be taken advantage of. White a recognizes that the black stones might just get away, and leaves no bad aji behind for Black later. But I could be wrong :)