Karigane Junichi (雁金準一, 30 July 1879 - 21 February 1959) was a Japanese, professional 9-dan. He was likely the second strongest player in Japan from 1907-26; helped co-found the Kiseisha and Keiinsha; and played in the most famous & anthologized fighting game of the period.[1] He studied at the Hoensha as a pupil of Nakagawa Kamesaburo, was a regular attendee of the Shishokai meetings, and later became a pupil of Honinbo Shuei. He was intended to be Shuei's heir to the Honinbo house, but infighting, intrigue and eventually self-detachment led it to being bestowed upon Honinbo Shusai.[2] From 1905-7 his teacher at that time, Honinbo Shuei, seems to have revised his opinion on Karigane's style several times. In 1905, said, "Karigane's go is very different from other people's. He does not stick his neck out in jerks and spasms, Rather it is like water flowing gently downhill and accumulating there. In this respect he is like Shuwa. As regards those fit to become a future Meijin, he is the only one at present."[2]

However, later on his sickbed Shuei said, "His go suffers from seeing too many moves." Isawa Shunko, the person retelling this anecdote, was perplexed at this description saying, "In my ignorance I cannot understand this phrase, even now. ...but I think it was favourable to Karigane."[2]

In an anecdote, Nozawa Chikucho recalls Shuei saying, "The way Karigane sees moves at once, there is probably no-one he is second to."[3]

Nakane Hojiro said, "When I played Karigane, he often thought for a long time. But when I looked at his gentle face my anger melted away. His face was gentle like a lady's, a little pale, reminding me of a crane. There was no deviousness."[2] 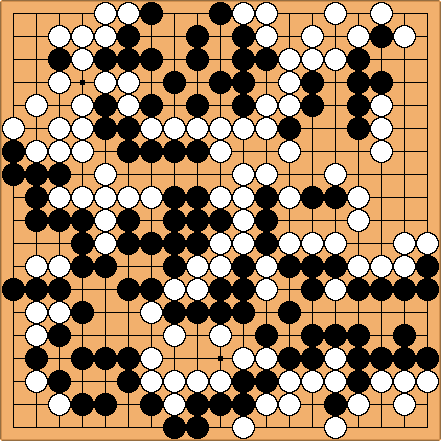 [3] Source: The Life of Honinbo Shuei.