The Famous Killing Game of 1926 is a famous 1926 newspaper sponsored game[1] between Honinbo Shusai and Karigane Junichi. It was billed as a grudge match between heads of both factions of the go world, Shusai representing the Nihon Kiin and Karigane representing the Kiseisha. It became the most documented go game of the 20th century. It's marked by a ferocious fight that lasts over 150-moves and ends with the capture of a large group. Black and White battle to resolve a huge capturing race with a ko on the bottom while trying to keep enough ko threats around the board to win it. It would be Shusai and Karigane's last game against each other. 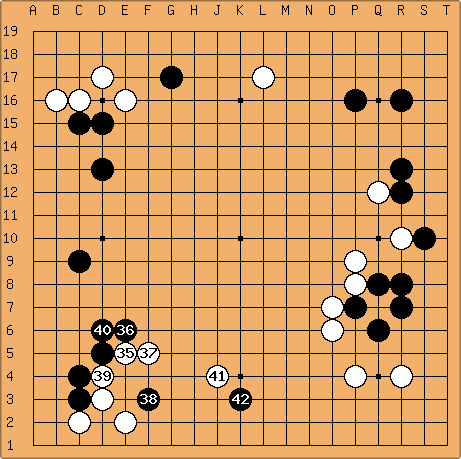 The fight begins when

declare a large moyo on the bottom and Black is induced to invade. 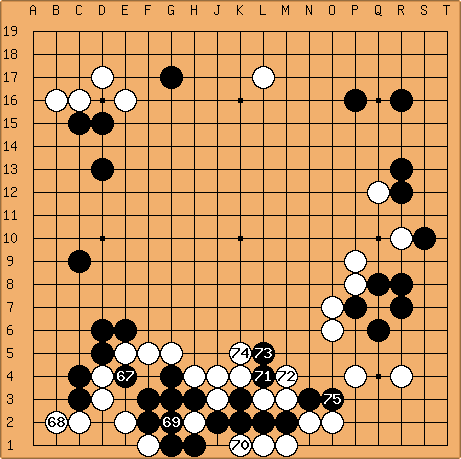 White plays the strongest replies, and soon Black is forced to cut with

and begin a capturing race with the lower-left White group. When Black cuts with

the most famous portion of the fight -- the center fight -- begins. 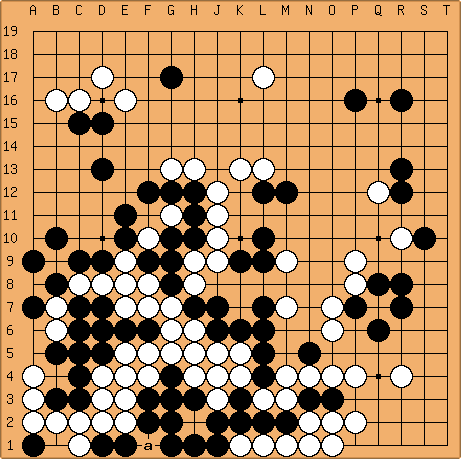 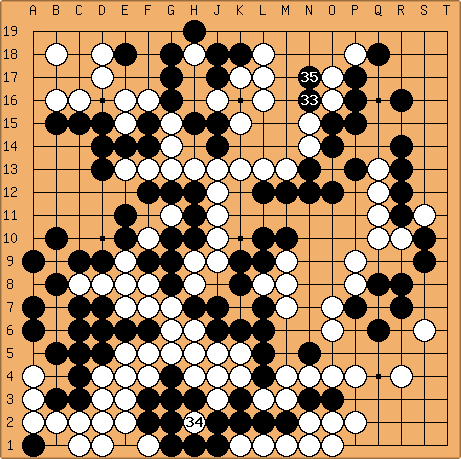 marks Black's last ko threat before White resolves the ko on the bottom. Black loses on time while White is 6-points ahead on the board. In this game, a time limit of 16 hours each w/ sudden death was used. Byoyomi (second-counting) would be invented soon after. 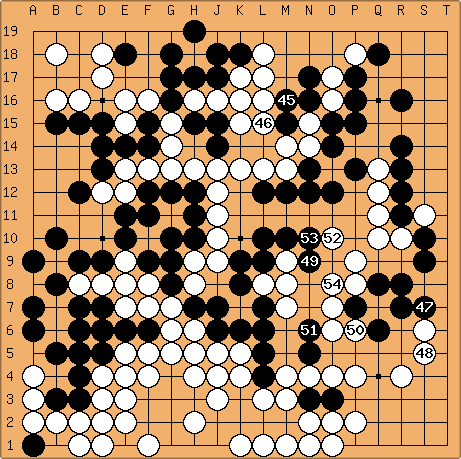 [1] Sponsored by the Yomiuri Shinbun. Game 1 of the Kiseisha Win & Continue Match.